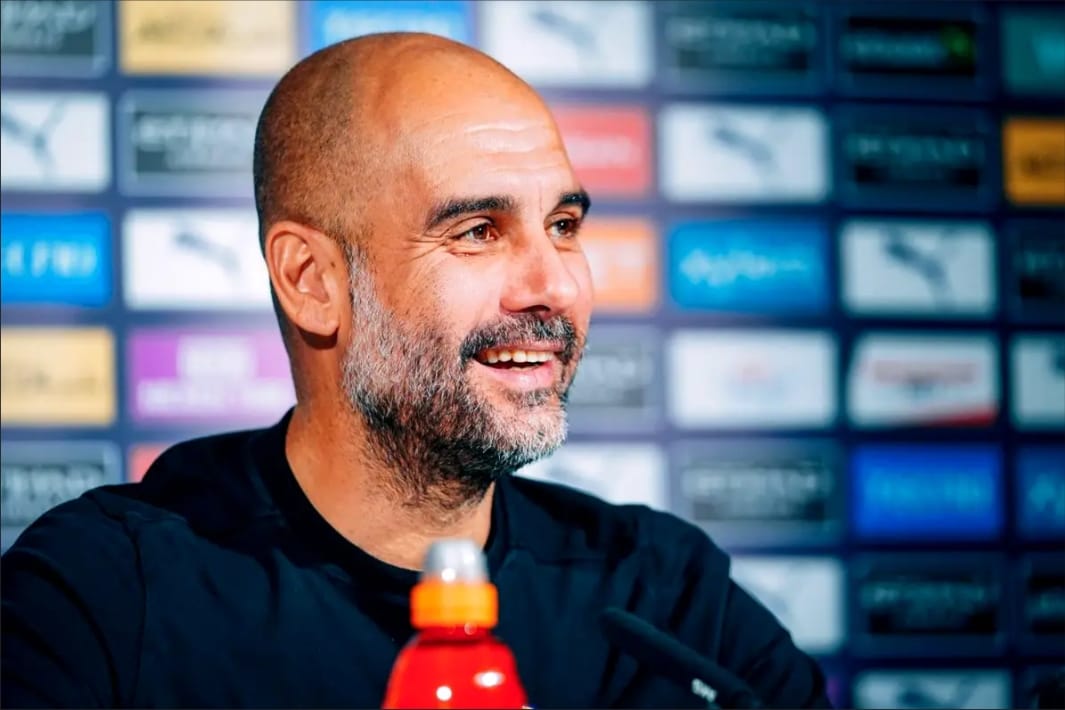 The goal of Tuesday’s Champions League match between Manchester City and Copenhagen, according to coach Pep Guardiola, is to secure qualification for the next round with just two games remaining.

Since the players’ return from their international commitments, the Blue side of Manchester has been in excellent form, thrashing neighborhood rivals Manchester United 6-3, crushing Copenhagen 5-0 in the Champions League last week Wednesday, and defeating Southampton 4-0 all at home.

In a pre-match press conference prior to the UCL encounter against the Danish league champions, Guardiola expressed his satisfaction with his team’s performance while also suggesting room for growth.

“In the last game better [defending]. Generally, it is good. We can do better and I am satisfied. We play three games in not many days. After the Liverpool game, we have one week. We do not have much time to reflect on how maybe we are attacking or defending. You do not maybe have time to think about specific situations. For the pace, they can not handle [so many games].”

He said his side is not going to underrate Copenhagen, adding that if they fail to get a good result, it will be because Copenhagen played well.

“I am pretty sure the players will know. If we play two months after maybe it will be different, but one week later we have the opportunity to close qualification. In the last games, we play very well. I am more than satisfied so far with how [we are playing].

“We are not going to underestimate them with the nature of the players they have. It will be no exception. If it does not go well, it will not be because we do not play well it will be because Copenhagen plays well. We want to get into the last 16 and that is what we will try to do.”