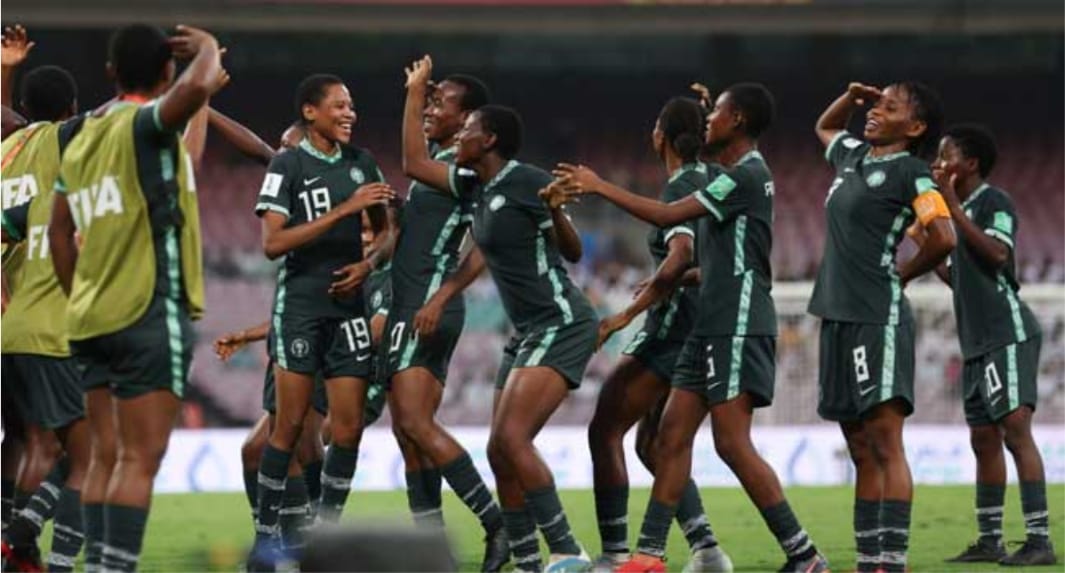 Nigeria’s Flamingos defeated Germany to win a consoling bronze medal at the FIFA U-17 Women’s World Cup in India.

In regulation time, the score was tied 3-3, forcing a penalty shootout. The outcome of the penalty shootout was 3-2 in favor of Nigeria as the squad exacted retribution for their defeat to the Europeans in their initial match.

Opeyemi Ajakaye, a forward for the Flamingos, scored an outstanding first goal in the 20th minute to end Nigeria’s goalless goal streak and reward the team for a strong start to the game.

The score remained the same for the whole of the first half, but three minutes into the second, an Aminat Bello goal gave the Nigerians a two-goal advantage.

The girls of Coach Olowookere Bankole then increased their lead to three when Etim Edidiong scored in the 63rd minute.

Germans, however, were not finished. In the final 17 minutes of the game, they scored three goals to force penalties. However, the Nigerians were the ones to finally celebrate in the match, which also saw Ajakaye take home her third competition Player of the Match award.

Additionally, it was the Flamingos’ third penalty shootout of the competition. They had previously defeated the US on penalties to attain that feat, but they lost the semi-final against Colombia after penalties.

The Nigerians won four and lost two of their six games. The West Africans made it to the competition’s semifinals for the first time this season.

Following Ghana’s victory in 2012, Nigeria is now the second African team to earn bronze as a result of its victory on Sunday.

Ahmed Musa, the captain of the Super Eagles, promised the players a N3 million incentive to honor the accomplishment.

“Three million waiting for Flamingos in Abuja,” he wrote in reply to a tweet on the Super Falcons’ handle celebrating the Flamingos’ win. “Congratulations.”

The team is expected back in the country later in the week.