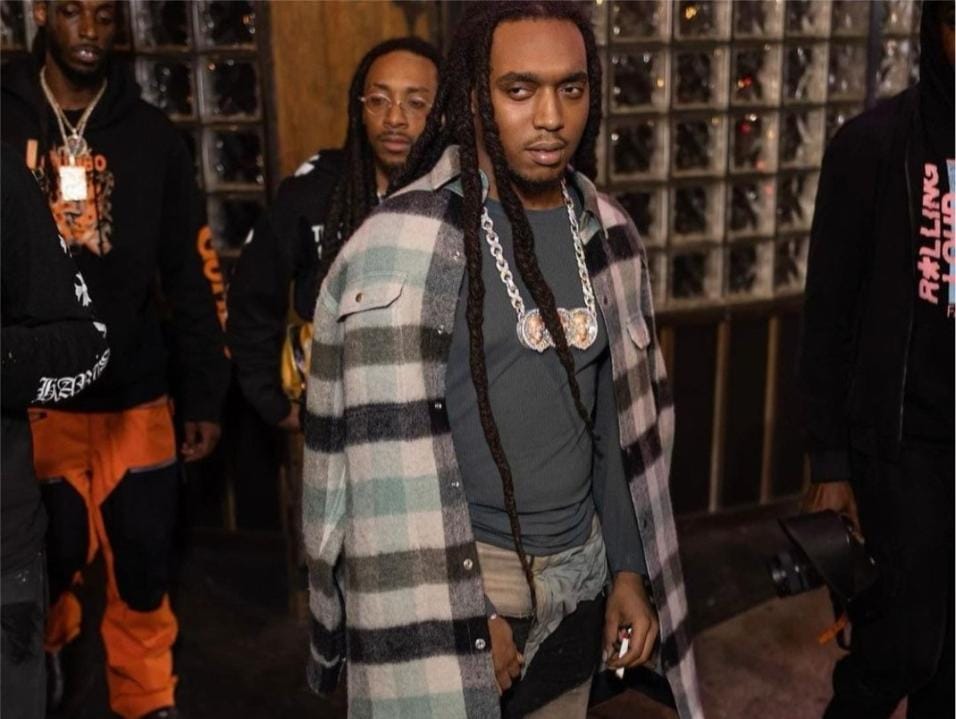 See Last Photos Of Rapper, Takeoff Of Migos Before He Was Shot Dead In Houston

In the wee hours of November 1, 2022, the Migos rapper was playing dice with his fellow Migos member and uncle Quavo at 810 Billards & Bowling Houston.

He is seen smoking outside in photos. Others depict him (in a white t-shirt) and Quavo (in a red t-shirt) playing dice, together with other people who are allegedly family and friends.

During the night out, a fan took a photo with Takeoff and posted it on Instagram. That is believed to be his last photo.

An argument soon broke out, which Takeoff had nothing to do with. Sadly, he got hit by “accident” when a gun was fired.

He bled out on the spot and died

Take off before he died

The last photo Takeoff posted on his Instagram Stories before his death was posted with the audio to the song titled “Stop Breathing” by Playboi Carti.

Another video has been released showing Quavo crying as he bent over Takeoff’s dead body.

An exclusive footage of a lifeless “Takeoff” laying passed away on the ground was shared via Twitter. It was said that he was at a Dice game with band member Quavo when they got into an altercation with rivals. #riptakeoff #migos #offset #Quavo pic.twitter.com/whZDlRsMUA