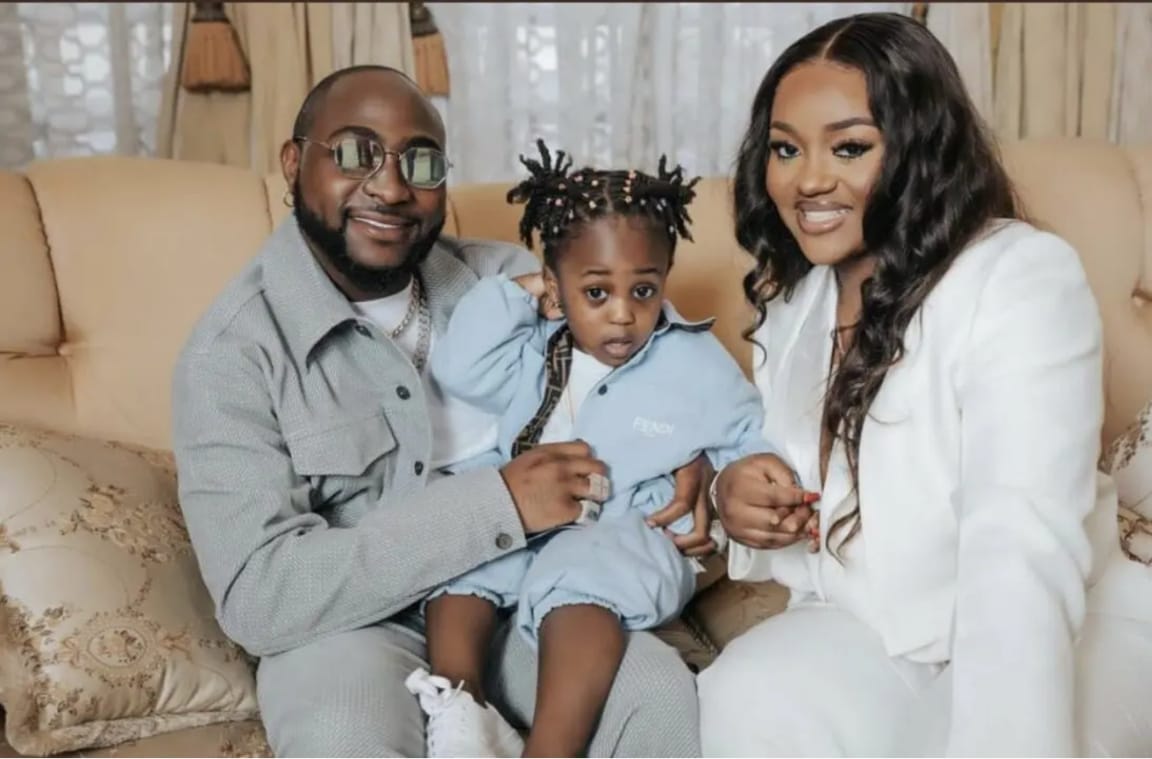 In a report from the well-known Instagram blogger Gistlover that was spotted by Touchaheart Nigeria, Davido wedded Chioma on November 6, 2022, just days after the passing of their only son, Ifeanyi Adeleke, on October 31, 2022.

Taking to the social media network, Instagram, Gistlover wrote: “Hello tueh tueh, Congratulations are in order as Davido secretly got married to Chioma officially after their Son’s death.

“Information reaching the Vawulence headquarters is a good one, the traditional wedding which has few family and friends in attendance with no camera allowed was done in Davido’s father’s House and Chioma bride price was paid in full, this is coming after Chioma told Davido that there is nothing left for her to be looking at as the son that binds them together is no more, the wedding which was supposed to come up next year was fast forward to November 6 just to console Chioma and assure her that with or without a son, her place is assured, their registry is coming up sometime next week, the Traditional marriage was held November 6. Both couple are still mourning and Chioma has lost a lot of weight but the Adeleke family are trying all they could to make sure both Husband and wife are fine.

It’s finally official, Meet Mrs. Chioma Adeleke, although words got to the other Baby mamas and my source said they are not happy about the new development, as a matter of fact, Sophia Momodu is yet to call Davido to sympathize with him of which other baby mamas sent their condolences.

“Chioma is still trying to be fine and under serious watch as few weeks before Ifeanyi’s death, her personal room was mysteriously burnt and the source of the fire was not known till today so her family decided she won’t be coming back to social media anytime soon so they don’t harm her any further, WE ARE CURRENTLY PRAYING WITH MR AND MRS ADELEKE THAT GOD SHOULD CONSOLE THEM FULLY AND THEY SHOULD COME BACK TO US HAPPY AND GLOWING AS WE USED TO KNOW THEM. ITS OFFICIAL, DAVIDO LATER PUT A RING ON IT. I come in peace,” the report on Davido marrying Chioma added.

Meanwhile, Touchaheart reports that the Lagos State Police Command has confirmed that the autopsy of Ifeanyi Adeleke, the son of Davido and his fiancée, Chioma Rowland, revealed that he drowned to death.

Several of the singer’s domestic helpers, including Ifeanyi’s nanny, who is currently being held in police custody, were questioned by the Lagos State Police Command.

“Autopsy has been concluded. It confirmed the boy (Ifeanyi) died by drowning,” Hundeyin confirmed, adding that the two suspects still held in custody are undergoing investigations.

Touchaheart Nigeria recalls that Davido’s son, Ifeanyi Adeleke was said to have drowned in a swimming pool on Monday, October 31, 2022. The incident, it was learned, happened within Davido’s residential home in the Banana Island highbrow of Lagos State, Nigeria’s commercial city.