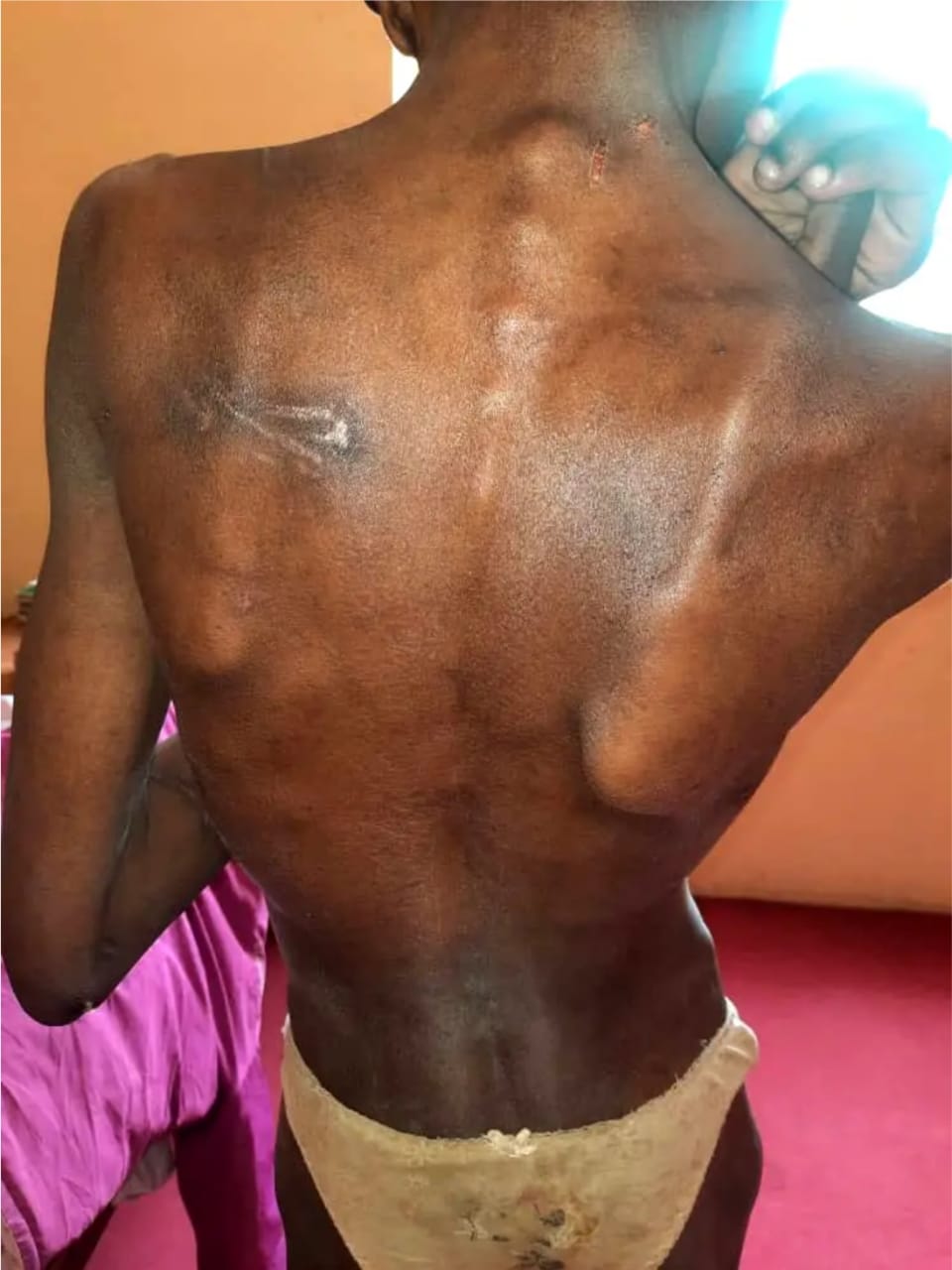 17-year-old girl in Jos was starved and held in a cage, another was confined with goats by aunt

Khadija, a malnourished 17-year-old who was imprisoned by her aunt in a home in the Rikkos neighborhood of Plateau State’s Jos North Local Government, has been freed.

Another girl who had been brought from the East by an aunt was also saved. She was mistreated and forced to sleep in a goat hut.

The National Human Rights Commission office in Jos was informed of the girl’s condition by an unnamed neighbor, and the Police were called in to help the girl.

It was learned that the girl, who was an orphan, resided with her aunt, who had a history of starving and abusing her. The motivation behind this behavior was ambiguous.

She said, “The Commission received information from an anonymous complainant that one Khadija, a 17-year-old girl who is an orphan, was locked up in the balcony of a house by her aunt, one Zainab.

“She was living with her grandmother before she came to the aunt’s house because the grandmother is sick.

“The complainant further alleged that her aunt travelled for close to a week and left the victim without food.

“Investigation revealed that the victim was truly malnourished and had scars on her hands, neck and other parts of her body.

“These are from the beatings she received from her aunt.

“The matter was reported at the Nassarawa Gwong Police station where the aunt’s statement was taken.

“The victim has been provided with temporary shelter until she recovers.

“We found out that the orphan girl is never allowed to go out, but locked up in the house and not fed.

“She has been taken to hospital by one of our partners, Hajiya Amina, to ensure the girl is taken care of while we follow up on the issue at Nassarawa Gwong Police station where we have reported the matter to.”

*Another slept with goats*

Pam lamented the increasing number of abuses of minors in the last few days, disclosing that “as we speak, there is a case of another victim, a nine-year-old girl, Mmesoma, who just came to stay with her aunt barely two months ago.

“We had to rescue her on Thursday from her aunt. She beats her mercilessly but thank God, she did not blind her, but injured in the eye.

“We are taking her to the hospital this morning. The aunt brought her from the East to somewhere along Rukuba Road and she has been beating this girl, locking her up too.

“She also has scars all over her body.

“When our staff went there, she had locked her up in a zinc house where she keeps her goats.

“The girl is looking forward to going back to meet her parents in the East.”

The Coordinator pleaded with the populace to put an end to violations of human rights, warning them that if they were caught, the state’s domesticated laws, such as the Child Rights Law, Violence Against Persons Prohibition, VAPP, Gender and Equal Opportunities, GEO, and others, would be applied to bring them to justice.