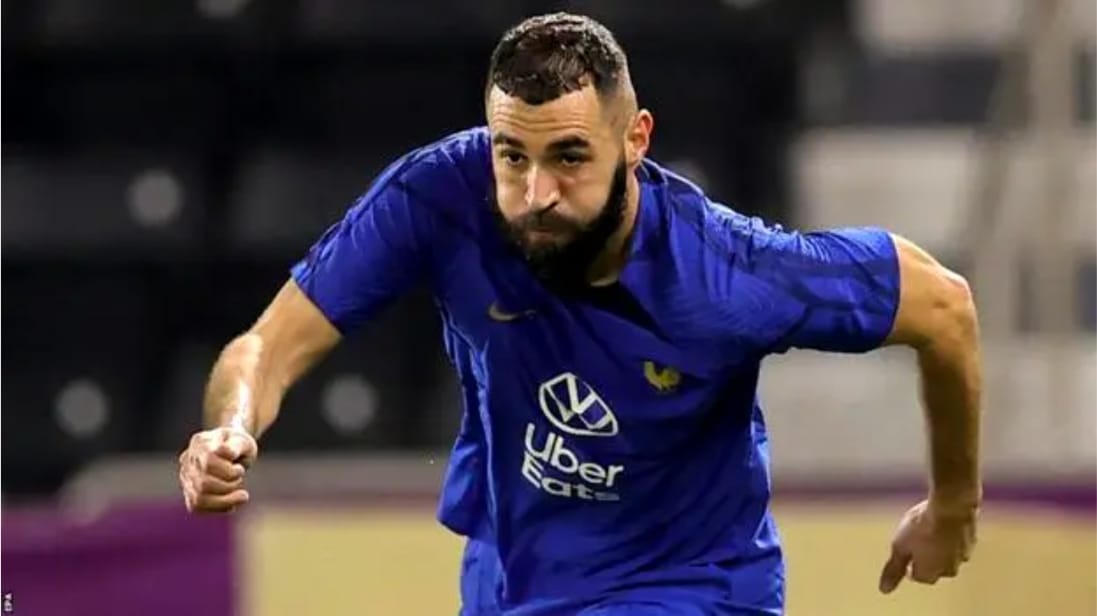 Karim Benzema, who suffered a thigh injury during training on Saturday and was ruled out of the World Cup, will not be replaced, according to France manager Didier Deschamps.

While Benzema, the current Ballon d’Or winner, has already left Qatar, Deschamps has stated that no new player would be added to the team.

In a Telefoot interview, Deschamps was asked if he would be bringing up a replacement and his response was “No.”

The Benzema hamstring scans, according to the French manager, did not show that Benzema would be ready for the World Cup in time.

On why he would not call up a replacement, Deschamps said, “Because I decided, simply.

“It’s never fun, it doesn’t make you smile. We had already lost Christopher and everyone was very sad. This is Karim. But we have a goal and the group knows very well what awaits us with a game on Tuesday.

“Everything was under control, he was going one step further as was the case with [Raphael] Varane,” who Deschamps confirmed will be fit for their first match against Australia. The centre-back suffered a leg injury against Chelsea in a Premier League match in late October, and was training alongside Benzema separately from the group.

“In training, getting injured can unfortunately happen. It’s never the right time.”

When asked if Benzema’s absence will have a negative impact on the team’s chances in Qatar, Deschamps expressed confidence that his team will make a mark regardless.

“There is a quality group. In everything they do, on and off the pitch, united. I have confidence in them. We will do everything in this first match.”