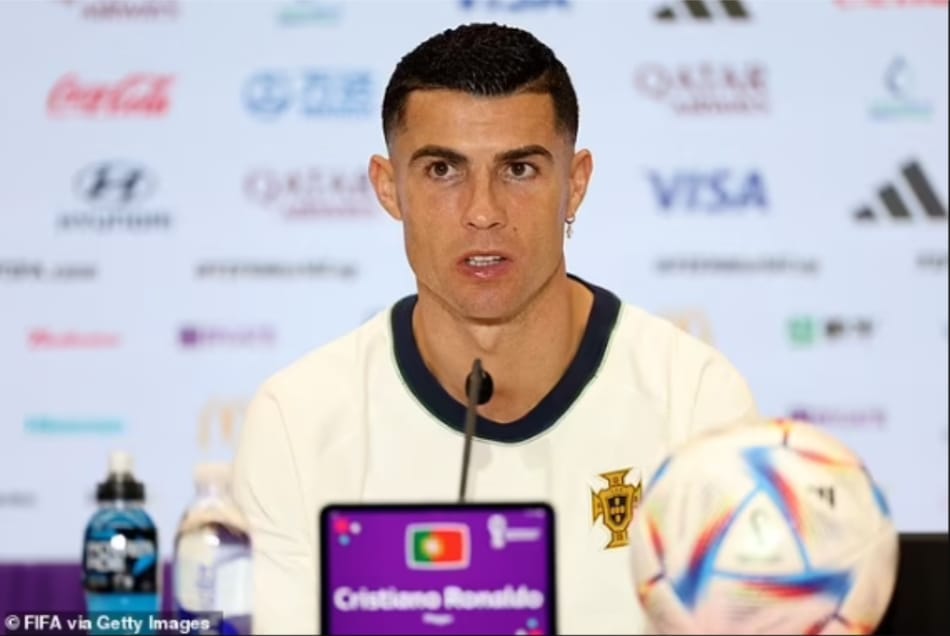 The 37-year-old made history on Thursday, November 24, by becoming the first player to score at five World Cups. His 65th-minute penalty helped Portugal defeat Ghana 3-2 at Stadium 974, and he and the club mutually decided to end his contract at Old Trafford after their argument.

Ronaldo was required to attend the subsequent press conference because he was selected FIFA’s Player of the Match.

Despite only remaining in the room for 132 seconds and responding to one question, he publicly addressed his predicament for the first time.

‘It is important we won,’ said Ronaldo, shaking his head when he heard United’s name mentioned. ‘It was a week that finished this chapter. It is closed and now I want to start with the good foot. We started here, we won. I want to help my team and all the rest of the squad.

He added: ‘This was a beautiful moment – my fifth World Cup. It is very important to win. We know in these competitions, the first match in crucial. But, also, the world record, the only player to score in five World Cups makes me very proud. The team made a good result in a tough game.’