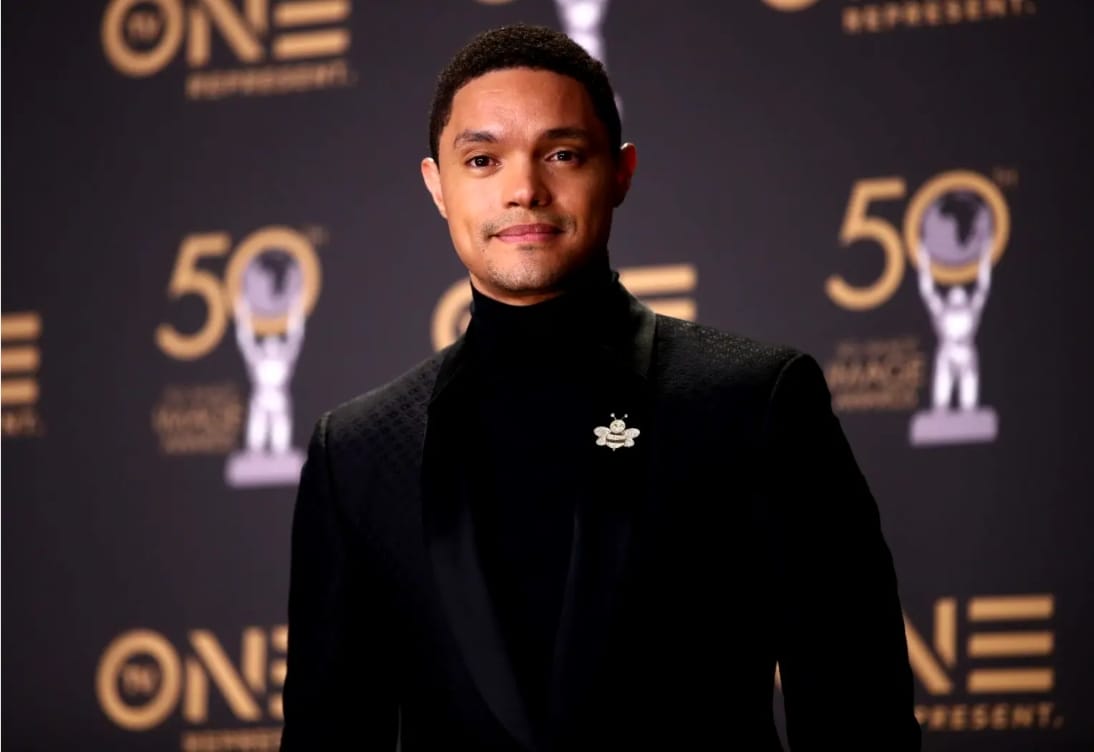 Trevor Noah, a comedian and TV personality from South Africa, has formally resigned as The Daily Show‘s host.

Earlier, Trevor had stated that he would be leaving the program in September at the conclusion of the current season.

On Thursday, the 38-year-old gave a heartfelt goodbye address, reflecting on his earlier days as a presenter, when the crowd was too small to be completely filled.

“I’m grateful to you, every single one of you,” he said.

“I’m so grateful. I remember when we started the show, we couldn’t get enough people to fill an audience.”

He thanked those who “hate to watch” the show for boosting the ratings.

In his emotional speech, Noah specially thanked a black woman in his life, whom he described as the inspiration behind his “great ideas.”

He said, “This is random, for some, but a special shout-out to Black women. I’ve often been credited with having these grand ideas. People are like, ‘Trevor, you’re so smart.’ I’m like, ‘Who do you think teaches me? Who do you think has shaped me, nourished me and formed me?”

“I always tell people, if you truly want to learn about America, talk to Black women. Unlike everybody else, Black women can’t afford to f**k and find out.”

The hosts of the new season, which premieres in January 2023, will include a number of well-known visitors, however, his replacement has not yet been officially announced.

Trevor relocated to South Africa in 2002 to begin his career. With the South African Broadcasting Corporation (SABC), he held numerous presenting positions. In 2008, he placed second in South Africa’s fourth season of Strictly Come Dancing.

The Daily Show’s Senior International Correspondent since 2014, Noah took over for longtime host Jon Stewart in 2015.