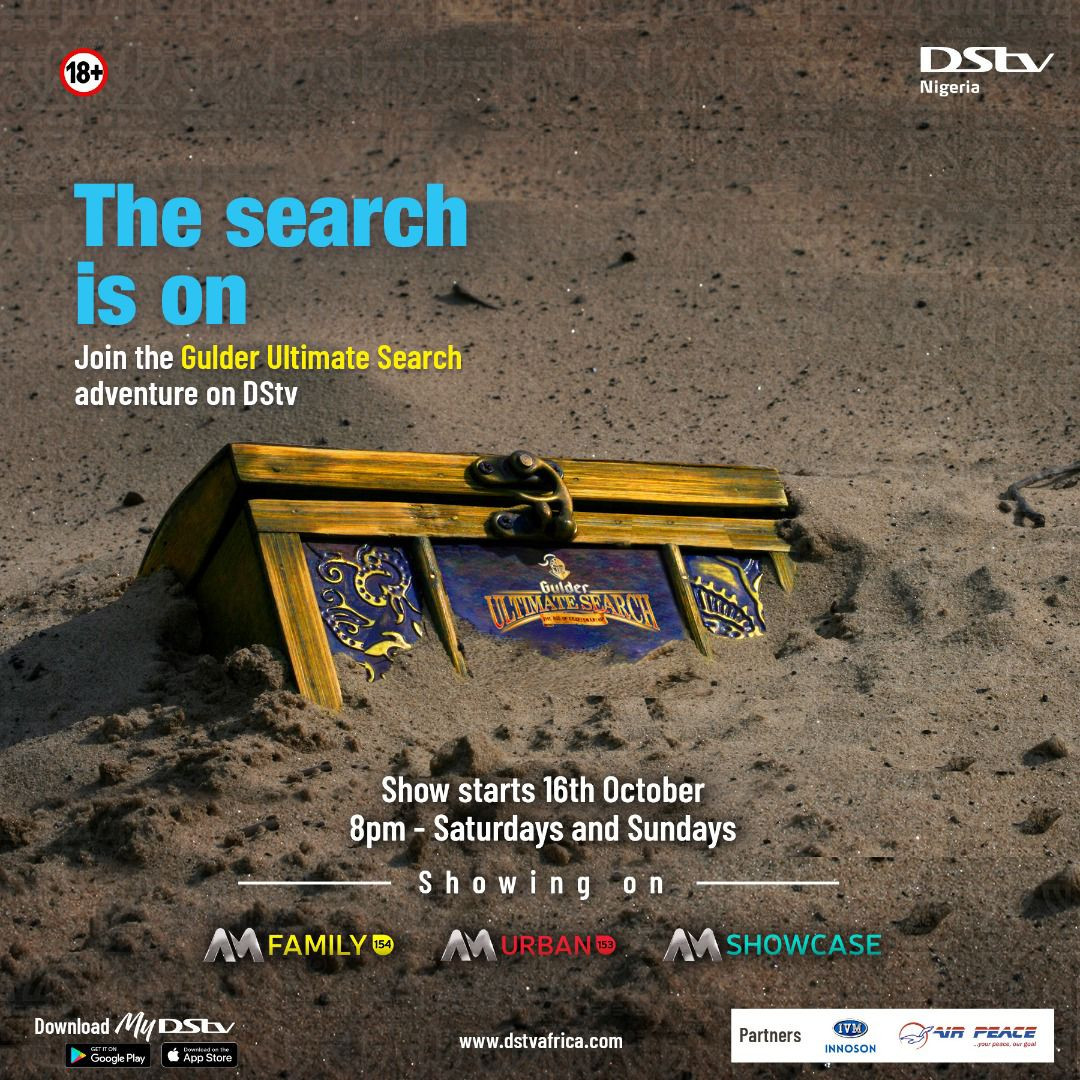 This October, See Gulder Ultimate Search, The Rush, Felabration, And More On DSTV And GOtv.

Touchaheart Nigeria reports that with the return of the 12th season of Gulder Ultimate Search and the launch of The Rush, DStv and GOtv customers are promised more reality TV to keep them entertained throughout the month of October, following the 10 weeks of fun, drama, and intense competition of the Big Brother Naija ‘Shine Ya Eye’ season.

Here’s all you need to know about the upcoming reality series and other exciting entertainment.

From Saturday, October 16, until Sunday, December 19, 2021, fans and watchers can enjoy the adventure of Gulder Ultimate Search.

This reality TV show, also known as GUS, dominated the airways in the early 2000s and will be returning to television screens for its 12th season, titled “The Age of Craftmanship,” after a long hiatus.

The show, which is produced by Nigerian brewers in collaboration with MultiChoice Nigeria, is based on a “survival of the fittest” style in which 20 competitors compete to uncover a hidden treasure, with the victor being dubbed the “Ultimate Man”.

This October, see Gulder Ultimate Search, The Rush, Felabration, and more on DSTV and GOtv.

The Rush, a high-energy, physically intensive reality show, is slated to premiere on Pop Central, which is sure to please reality show fans.

The show, which premieres this month and runs through December, will feature 16 participants competing in groups for eight weeks, completing 39 painstakingly crafted intense physical and mental activities that are both exhilarating and intense.

During the weekdays, contestants will be able to win immunity by doing various chores.

On Pop Central, the daily residence portion will air as a 2-hour recap from 7pm to 9pm daily, with a rerun the next day from 11am to 1pm (DStv 189).

This October see Gulder Ultimate Search, The Rush, Felabration, and more on DSTV and GOtv.

Felabration, an annual music and arts festival honouring the life and times of Nigeria’s foremost musical icon, the late, legendary, Fela Anikulakpo Kuti, is another wonderful event to look forward to this month.

School discussions, afrobics dance competitions, a symposium, and an art competition will all be part of the week-long event.

This October, see Gulder Ultimate Search, The Rush, Felabration, and more on DSTV and GOtv.

Customers with DStv can also watch these shows live via the DStv app, which is available for free download from the Google Play and App stores.

Sign up for DStv or GOtv today by visiting www.dstvafrica.com or www.gotvafrica.com to stay connected. Customers can also make use of the MyDStv and MyGOtv apps for self-service options or select the Auto-Renewal option for non-stop entertainment with no interruptions.

In this article:'Shine Ya Eye', "survival of the fittest", "Ultimate Man.", 10 weeks of fun, 20 competitors, 2021, 39 painstakingly crafted intense physical, airways, And More On DSTV And GOtv., BBNaija, BBNaija2021, BBNAIJAS6:, Big Brother Naija 'Shine Ya Eye' season, December, December 19, drama, DStv, DStv and GOtv customers, Dstv Customers, Entertainment, Felabration, GOtv, GOtv customers, GUS, iexclusivenews, Iexclusivenews Nigeria, intense competition, Is sunday Gulder Ultimate search, Kunle Remi, mental activities, MultiChoice Nigeria, Nigeria, Nigerian brewers, October, October 16, reality TV, See Gulder Ultimate Search, Sunday, The Age of Craftmanship, The Rush, This October, When is Guilder Ultimate Search, When is it starting, When is the 12th season of gulder ultimate search coming up, Which channel can we watch it on Dstv Channels we can watch the reality show, Which channel can we watch it on Gotv, who is the host of Guilder Ultimate search