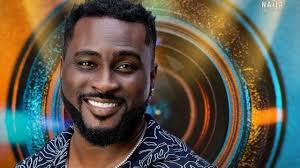 Touchaheart Nigeria reports that Pere has been evicted from the Big Brother “Shine ya eye” House.

Pere has been fake evicted from the BBNaija season 6 “Shine Ya Eye” reality TV show.

Pere was fake evicted during the live eviction show in Week 9 after the Monday night nomination game for possible eviction by fellow housemates in the Week nine of the BBN 2021 reality live show.

Remember that earlier this week, an eviction twist was introduced during the “Ultimate Power Game” where Emmanuel won ultimate veto power making him an automatic finalist.

With his Veto power, he nominated LiquoRose as HoH and Cross as Deputy, securing their positions as finalists in the game and leaving the other housemates up for eviction.

But, it’s a twist, PERE IS NOT EVICTED, HE WILL BE BACK IN THE HOUSE. Stay connected.

Stay connected to catch up other Big Brother Nigeria housemates…