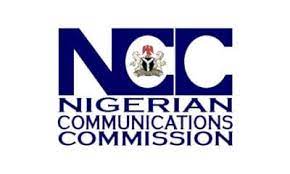 Nigerians without NIN will be denied passports and driver’s licenses, according to the NCC, as the deadline approaches

Touchaheart Nigeria reports that the Nigerian Communications Commission has announced that persons who do not link their Subscriber Identity Modules, or SIMs, to their National Identity Numbers, or NINs, will no longer be allowed to receive some key papers such as driver’s licenses and passports.

The NCC Director of Public Affairs, Dr Ikechukwu Adinde, stated in a statement on Wednesday that the October 31 deadline for the linking is still in place.

“NCC has reminded and urged telecoms consumers to link their NINs with their SIMs before the expiration of the deadline of October 31, 2021 set by the Federal Government.

“Soon, people without NIN will be denied necessary services that play vital roles in their lives including acquisition of driving licence, passport.”

On December 15, 2020, the federal government issued an order to all telecommunications companies in the country to terminate any SIM cards that were not linked with a valid National Identity Number (NIN) by December 30th.

The deadline has been extended multiple times because some Nigerians have shown a nonchalant attitude toward the mandate.