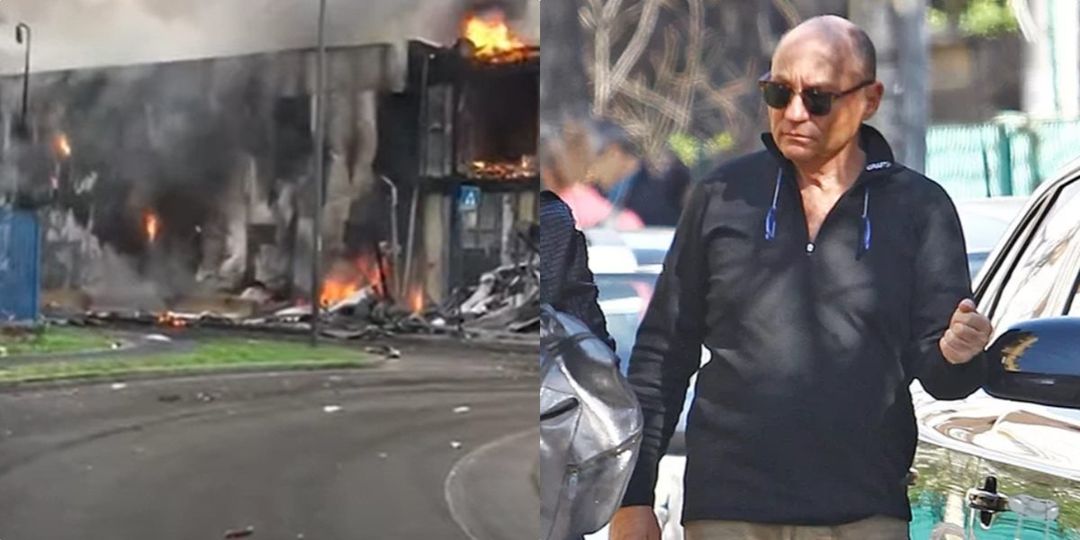 How Romanian billionaire,Seven Others Died In Plane Crash Near Milan

How Romanian Billionaire,Seven Others Died In Plane Crash Near Milan

According to reports monitored on Italian media by Touchaheart Nigeria, a light plane piloted by Romanian billionaire Dan Petrescu crashed into an empty office building outside Milan on Sunday, killing him, his wife and his son, as well as all five other passengers.

Touchaheart Nigeria reports that the single-engine Pilatus PC-12 took off from Milan’s Linate airport shortly after 1:00 p.m. (1100 GMT) on its way to Olbia, Sardinia’s northernmost city.

According to the aviation agency ANSV, which has launched an inquiry, the plane crashed mere minutes later in San Donato Milanese, a town southeast of Milan.

Witnesses said the plane was already engulfed in flames when it slammed into a newly renovated office building.

Petrescu, who was 68 years old, was one of Romania’s wealthiest men. He was the CEO of a big construction company and the owner of a chain of hypermarkets and shopping complexes. According to the newspaper Corriere della Sera, he was also a German citizen.

Petrescu’s 65-year-old wife, who was also of French nationality, and their 30-year-old son Dan Stefano, as well as a toddler, were killed, according to Corriere and the AGI news agency.

According to Corriere, Deputy Prosecutor Tiziana Siciliano stated that the plane’s black box had been recovered.