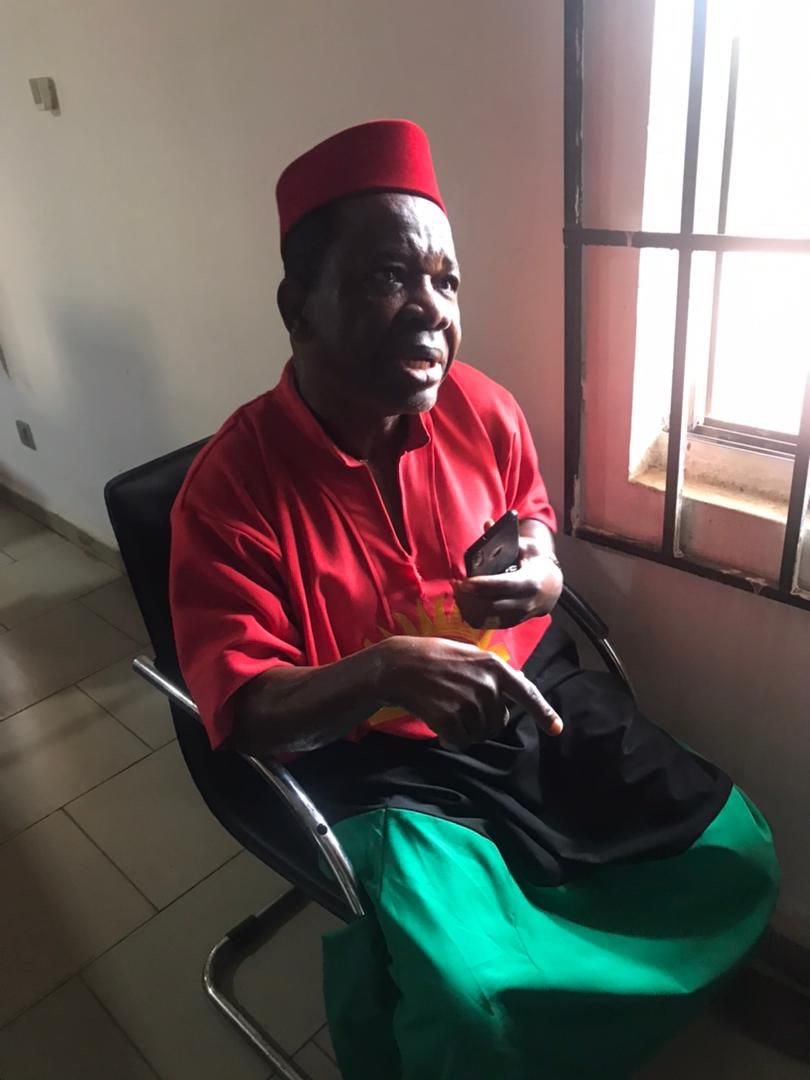 Touchaheart Nigeria reports that after the Army announced the released of the Veteran Nollywood Actor, Chinwetalu Agu was rearrested by the department of state services, DSS.

This online news medium learnt that the Nigerian writer, Chiagozie Fred Nwonwu who writes under the name Mazi Nwonwu, alleged that veteran Nollywood actor, Chiwetalu Agu is still not a free man.

According to Nwonwu, Agu is presently in the custody of the Department of State Services (DSS).

“Chiwetalu Agu is still not free. He is with DSS now. Colleagues say they are looking for a top lawyer to bail him,” Nwonwu wrote on his known Facebook page on Friday.

Recall that there were widespread reports on Friday that Agu had been released by the Nigerian Army, following his arrest on Thursday, for wearing Biafra regalia.