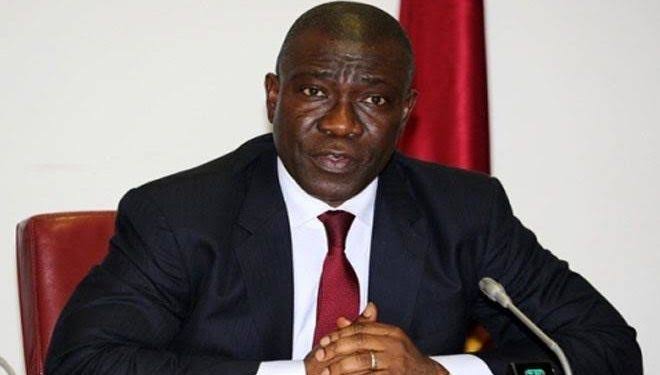 Former Senate President Ike Ekweremadu has been arrested by the EFCC on suspicion of money laundering.

Touchaheart Nigeria reports that the Economic and Financial Crimes Commission (EFCC) questioned former Deputy Senate President Ike Ekweremadu on Monday for alleged fraud and failure to explain how he came to own 22 properties in Nigeria, the United States, the United Kingdom, and the United Arab Emirates.

EFCC sources told SaharaReporters that Ekweremadu was grilled for several hours in Abuja before being permitted to return home later. At a later date, he is likely to return to the panel for further questioning.

This online news outlet gathered that Ekweremadu returned to the EFCC to explain how he came to own so many valuable properties in Nigeria, the United States, and the United Arab Emirates.

He was with us two weeks ago and again on Monday, according to a source.

This comes three years after Ekweremadu became unwell during an anti-graft commission grilling.

After several hours of questioning at the EFCC office in Abuja in 2018, the politician became ill and was freed to seek medical assistance.

He was said to have been suffering from high blood pressure symptoms.

In March 2018, the Nigerian government requested an interim order from the Federal High Court in Abuja to temporarily take 22 of Ekweremadu’s premium properties/assets situated in London, Dubai, Florida, and Abuja that had not been declared to the CCB.

Yohanna Shankuk, a litigation clerk at Festus Keyamo Chambers, stated in an affidavit deposed to in support of the motion ex parte that Ekweremadu had been a public officer since 1999 and had not earned anything outside his wages and allowances as a public servant.

As a result, he wondered where the legislator acquired the money to buy such properties.