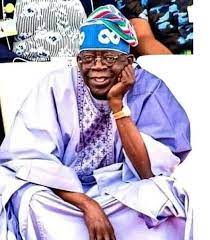 SWAGA: Tinubu Already Has 12 To 13 million Votes, Will Succeed Buhari

SWAGA: Tinubu Already Has 12 To 13 million Votes, Will Succeed Buhari

SWAGA, the South West Agenda for Asiwaju, has promised Bola Tinubu, the National Leader of the All Progressives Congress, APC, 12 to 13 million votes ahead of the 2023 presidential election.

Senator Adedayo Adeyeye, a SWAGA chieftain, predicted that Tinubu would repeat President Muhammadu Buhari’s accomplishment of receiving 12 million votes from the North in 2015.

Touchaheart Nigeria reports that Tinubu has a good chance of becoming Nigeria’s next president, according to Adeyeye.

“Don’t forget that one of President Muhammadu Buhari’s selling points in 2015 was that he already had 12 million votes in his pocket (from previous elections), especially in the North-West and North-East,” he remarked.

So, with a little help from a few other locations, he was able to win the president with relative ease.

“We’re also claiming that by 2023, the man we’re predicting (Tinubu) would have at least 12 to 13 million votes under his belt, making the election simple.”

Adeyeye predicted that in 2023, the Southwest would set aside their differences and vote for Tinubu.

“When it comes to the presidential election in 2023, all of these individuals will put aside their differences and vote for this man.”

“There are more than 20 million votes in the Southwest.” “I’m merely saying that 12 to 13 million votes are already in the bag,” he continued, “and I’m saying it with every sense of responsibility and without fear of dispute.”

Tinubu’s campaign for the presidency continues to gain momentum across the country.

Despite his growing fan base, the former governor of Lagos State has not proclaimed his desire to run for president.