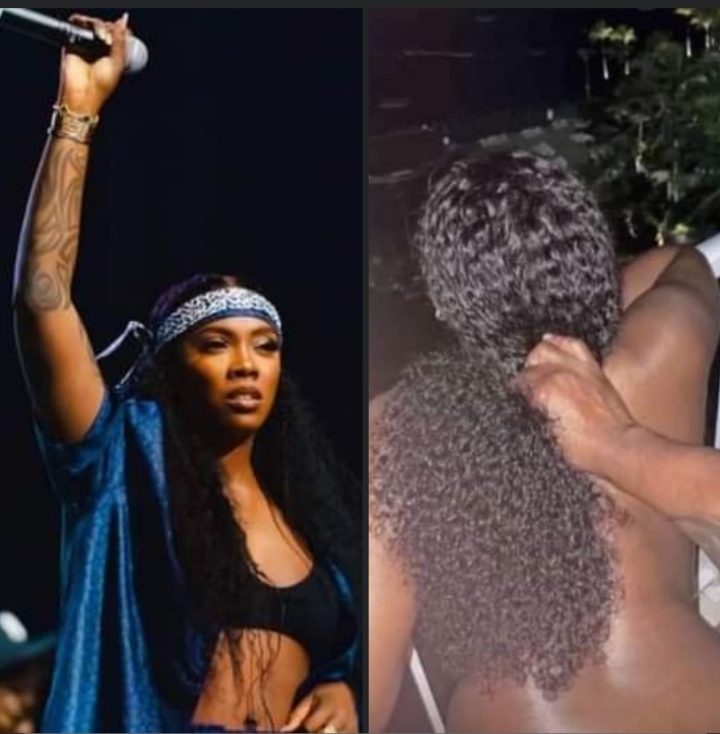 Tiwa Savage Leaked Sextape Is A Public Stunt See Why

Tiwa Savage Leaked S*xtape Is A Public Stunt, See Why

Tiwa Savage’s purported leaked s*x tape trash was all over yesterday. Everyone was looking forward to seeing her pororo.

Tiwa Savage  comes out about being blackmailed over her s*x tape in a video that lasts less than a minute. She claims that no one will be able to extort her over it.

She claims she had sexual relations with her current boyfriend, whose identity is unknown, and that she is being blackmailed for money.

She claims that if she pays, the extortionist will demand additional money.

Her s*x partner was also suspected of having a hand in the leaked sex tape. He is, however, appearing astonished and enraged, according to her.

So, I’m here to inform you that Tiwa Savage is a liar. There isn’t a single s*x tape in sight.

Perhaps she just wants to trend to reclaim her place in the industry; after all, she’s been nowhere to be found and slowly fading away like the morning stars ever since she departed Mavin Records. Some of the newest up and coming female artists have outshined her.

So it’s possible that she and her managers decided to stage this stunt since they know Nigerians react to and speculate on nonsense like this more quickly.

The blackmailer, she claims, passed the film to her management before she received it through her boss. Wow! shocked

That isn’t how a blackmailer operates. She was supposed to get dat video fes and pay a particular amount of money. If she fails to meet the blackmailer’s demands, the information will only reach her boss or a close friend before it reaches the general public. grin

Career wey don die . It can only take the grace of God or whatever you serve and hard-work to bounce back. People should stop faking shit. cheesy