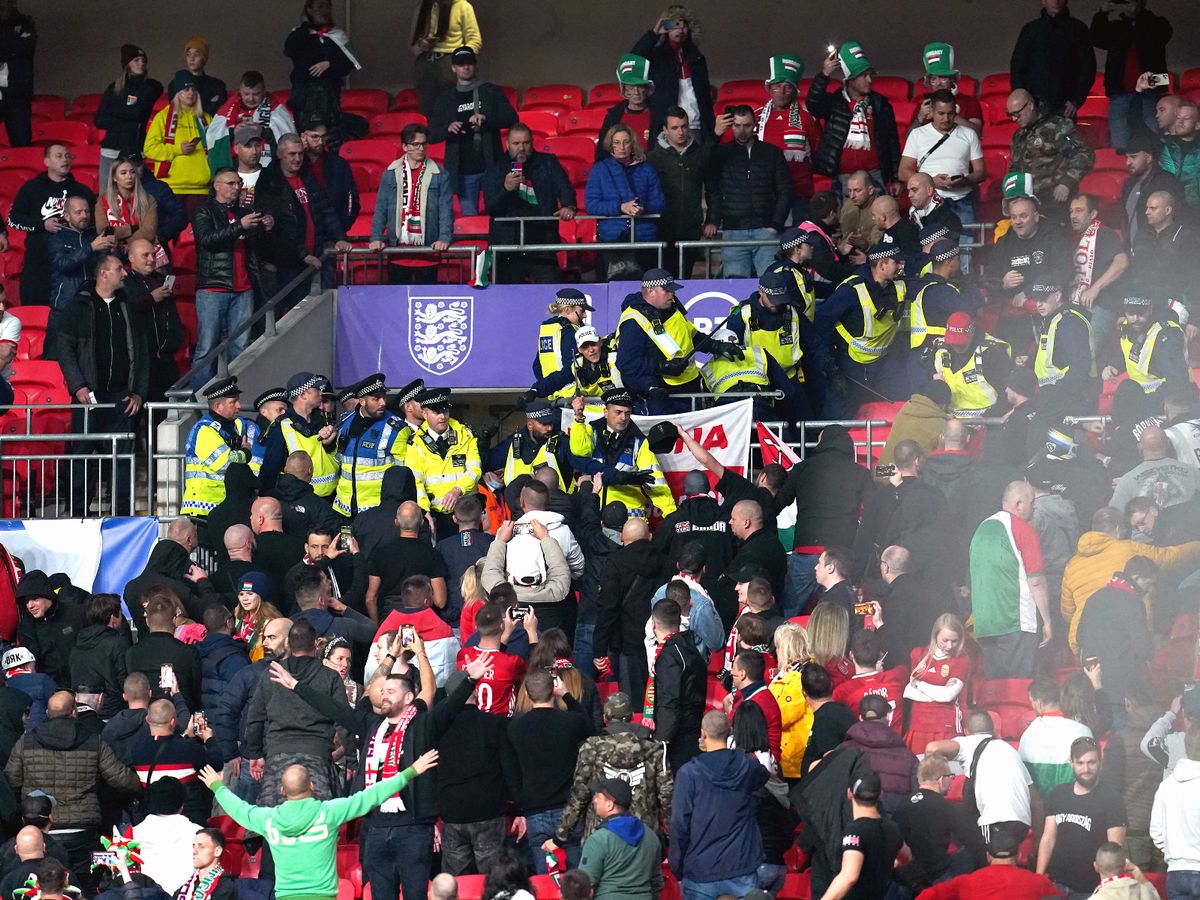 During Hungary’s World Cup qualifier against England at Wembley on Tuesday, hooligans battled with police and stewards.

Touchaheart Nigeria reports that trouble erupted in a cluster of 1,000 Hungarians in one section of Wembley just moments after the game began.

Hundreds of Hungary supporters charged at the stewards, forcing them to flee before police with batons arrived.

After many minutes of fighting, riot police were finally able to restore order in the stands and stadium concourse.

The violence began when police went in to arrest one fan for making a racist remark to a steward, despite the fact that they had taken extra security measures to avoid conflicts with the notoriously violent Hungarian ultras.

When England players took a knee before kick-off, Hungary’s fans booed and a banner opposing the anti-racism gesture was held up.

“Shortly after the start of tonight’s match at Wembley, officers entered the stand to arrest a spectator for a racially aggravated public order offence following comments made towards a steward,” Metropolitan Police said on their Twitter account.

“As the officers made the arrest, minor disorder broke out involving other spectators. Order was quickly restored and there have been no further incidents at this stage.”

It wasn’t the first time Hungary fans had caused trouble during their qualifying matches against England.

Towards the Puskas Arena, missiles were also launched at England’s players.

Following the racist behavior, Hungary was sentenced to play two home FIFA competition matches behind closed doors, one of which was suspended for two years.

Following racist abuse from fans and homophobic posters in the stands before their Euro 2020 matches in Budapest, UEFA has already advised Hungary to play one game behind closed doors.

Just months before, when England’s Euro 2020 final loss to Italy was overshadowed by ticketless fans assaulting the gates to gain entrance, Wembley was also the site of crowd disturbance.

Before the final, tens of thousands of fans broke through Wembley’s understaffed security barrier, while intoxicated fans wrecked mayhem outside the stadium hours before kick-off.