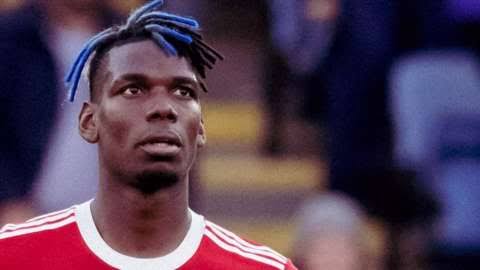 Why Man Utd Deserved To Lose Against Leicester City – Pogba

Manchester United deserved to lose their Premier League match against Leicester City at the King Power Stadium on Saturday.

Pogba stated this after Man United’s 4-2 loss to Leicester City over the weekend.

Why Man Utd Deserved To Lose Against Leicester City – Pogba

After the game, Pogba was cited by Sky Sports as stating, “To be honest, we’ve been having this kind of game for a long time and we haven’t found the problem.”

“We need to figure out what is causing us to concede easy, silly goals, especially since we know that when we play on this surface, the crowd will push, put pressure on us, and everything.”

I believe we need to be more mature. We need to play with greater experience and a healthy dose of arrogance. We must seize the ball and play our game.

“But now we need to figure out what the key is to these games that we’re losing.” We deserved to lose today, in my opinion.”

“We need to find something, we need to alter something,” he continued. I don’t know what all of us, the players, are thinking when we first start… we really don’t know.

It’s frustrating because it’s something we don’t understand and we have to find that very fast because if you want to compete and you want to win the title, those games you have to win, even though they are very hard and we’re playing away.

“You need to fight their game, you need to find the right mentality, the right tactic to win those games. That’s my thought. We have time to think about it and then all together, we have to stick together and find the problem.”