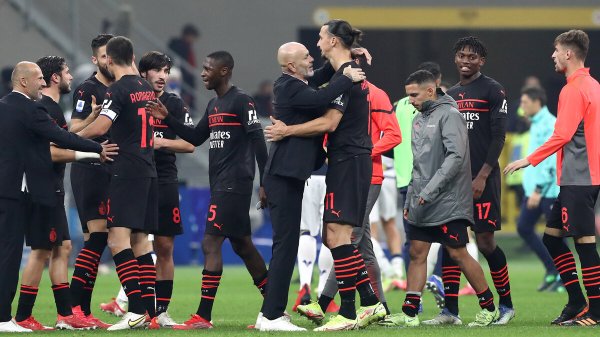 AC Milan regained control of Serie A after rallying from a two-goal deficit to defeat Hellas Verona 3-2 at home.

Castillejo was involved again only a few minutes after equalizing, as Milan completed an unexpected comeback.

Koray Gunter, who was attempting a first-time clearance, miskicked the Spaniard’s low cross into the back of the net.

Verona, who had looked much improved under new manager Igor Tudor and led 2-0 at halftime, had a sad end to the game.

Gianluca Caprari volleyed home from close range inside the first ten minutes, and they increased their lead in the 24th minute when Antonin Barak converted a penalty after Alessio Romagnoli pulled down Nikola Kalinic – the first of many disputed penalty rulings throughout the evening.

Milan will look to win under more favorable circumstances when they face Porto in a Champions League match on Tuesday, while Verona will look to avenge themselves against Lazio next Sunday.

It’s one of football’s longest standing cliche’s that it’s a hallmark of a good team to be able to occasionally pull an unconvincing win out of the bag amidst the much simpler ones.
Today was one of those days.

While it may have been a worrying sight that Milan were so dearly lacking in energy and intent, the international break – especially in a world full of Covid rules and regulations – could have easily fatigued their star-studded squad, they are adjusting to life without first-choice goalkeeper Mike Maignan and they did have to cope with multiple other injury absentees such as Theo Hernandez and Alessandro Florenzi too.

Rossoneri fans will just have to hope performances like this don’t become a regular occurrence!

As far as one may imagine, this is not a fan favorite. Due to his inability to play regularly, he has received a lot of horrible criticism during his time at the club.

The performance today was an excellent approach to silence the naysayers. His work rate was relentless after coming on at half-time, and he not only won the penalty that resulted in Milan’s equalizer, but he also supplied the cross that led to Gunter’s own goal, completing the comeback.

7′ – GOAL!!! Caprari gives Verona an early lead! Verona continue to look a transformed side under Tudor. Veloso heads a poor clearance back into the mix and Caprari volleys it into the back of the net from close range.

Casale instigates a Verona counter, which Kalinic slows down in the build-up. He’s much quicker to meet the return pass in the box though, and Romagnoli clumsily brings him down by the near post!

Barak buries it in the bottom right corner! The Czech low socks merchant coolly finishes from the penalty spot to double Verona’s lead.

The ball ricochets off Faraoni’s foot onto Casale’s hand and the Milan players appeal passionately for a penalty. Eventually they pass the ball out of play to ensure the referee takes a look at it, but Prontera still decides not to give it. Seen them given, but would’ve been harsh.

Textbook from Giroud as Milan halve Verona’s lead! Substitute Leao cuts inside from the left and crosses into the box for Giroud to head home with maximal composure.

Castillejo tries some fancy footwork in the box and goes down dramatically after a soft-looking coming together with Faraoni. Milan have seemed more intent on getting a penalty than scoring a goal and they’ve finally got their wish.

Kessie equalises from the penalty spot! You can hardly say it’s deserved, but Milan level the score at 2-2 as Kessie sends the goalkeeper the wrong way with his spot kick.

Milan complete the comeback, as Verona concede in calamitous fashion! Castillejo sends a cross in for the right and Gunter miskicks his attempted first-time clearance past his own keeper to give Milan their third goal. Still an incredible turnaround after being two goals down almost up until the hour mark.