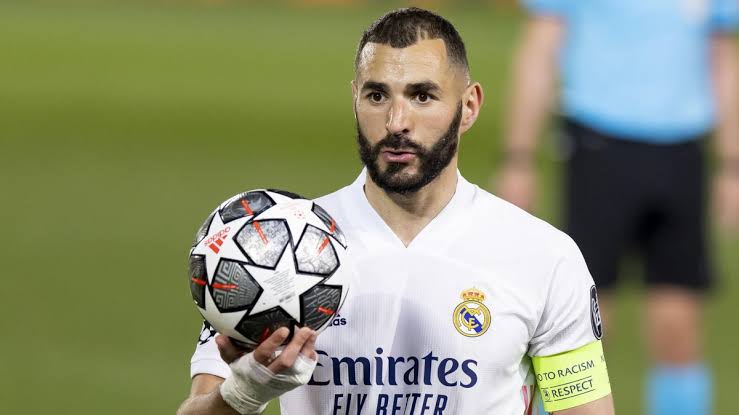 Karim Benzema, a Real Madrid striker, has voiced his desire to win the Ballon D’Or like his idols, Ronaldo de Lima and Zinedine Zidane.

Following his excellent campaign, Benzema has been named to the 30-man shortlist for the 2021 Ballon D’Or.

Last season, the 33-year-old was LaLiga’s second top scorer, and he currently leads the Spanish top flight in goals and assists.

The France international has now stated that winning the award would allow him to realize a childhood ambition.

“Won the Ballon d’Or?” Benzema told Canal+. Yes, that is one of the many nightmares I’ve had since I was a child. Of course, as a kid, I fantasized about it.

“Whether it was R9 [Ronaldo] or Zizou [Zidane], my idols came to Real Madrid and won the Ballon d’Or.” And that’s one of the minor details I consider. I’m not far from it today.”