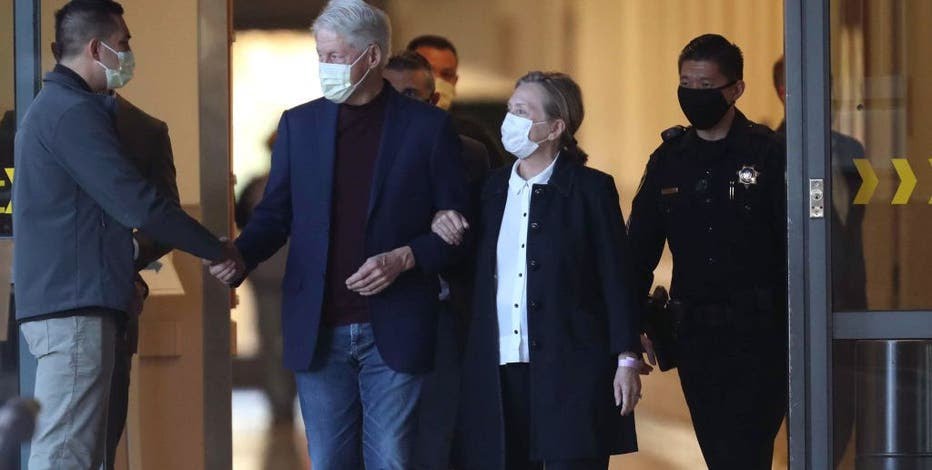 Bill Clinton was released from a hospital in Southern California on Sunday after being treated for an infection unrelated to COVID-19.

The 75-year-old Bill Clinton, was released from the University of California Irvine Medical Center around 8 a.m. local time on Sunday.

According to a Bill Clinton aide, he was being treated for a urinary infection that had gone to his bloodstream.

Bill Clinton’s “fever and white blood cell count have returned to normal, and he will return home to New York to complete his antibiotic treatment,” according to a statement released by Dr. Alpesh N. Amin, shared in Twitter by a Clinton spokesman.

Bill Clinton had been in the Los Angeles region for private activities linked to his philanthropic foundation before being hospitalized on Tuesday, according to the Clinton Foundation.

Clinton’s body responded favorably to the antibiotics, according to spokesman Angel Urea. He never fell into septic shock, which is a potentially fatal complication of such illnesses.

In an earlier statement, Urea stated, “President Clinton has continued to make tremendous progress during the past 24 hours.”

“He’s in good spirits and has been spending time with family and friends, as well as watching college football.”

On Monday, Bill and Hillary Clinton marked their 46th wedding anniversary, only one day before the former president was admitted to the hospital.

She spent the week with her husband and was joined on Saturday morning by their daughter, Chelsea.

He was escorted out of the premises by the former first lady on Sunday.

He walked out of the hospital carefully, stopping to shake hands with physicians and nurses queued up on the sidewalk, dressed in trousers and a sports coat and wearing a face mask.

When a reporter inquired how he was feeling, he gave a thumbs-up, and he and Hillary Clinton boarded a black SUV.

They were driven to the airport in a motorcade accompanied by the California Highway Patrol.