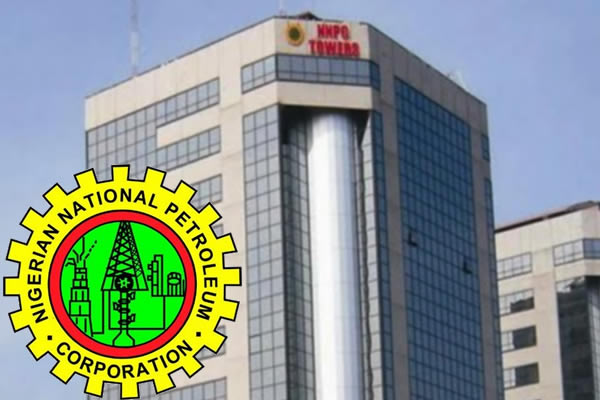 The Nigerian National Petroleum Corporation (NNPC) spent N1.165 trillion to subsidize petrol, for oil exploration and remittance to the Federation Account Allocation Committee (FAAC) in seven months of this year.

According to NNPC monthly FAAC report for September, the three expenditure items gulped 57 per cent of the total revenue distribution of N2.043 trillion done by the national oil company in the first eight months of 2021. The balance of N878bn was distributed for other expenditures including crude oil lifting inspection expenses.

On subsidy which NNPC describes as under-recovery of Premium Motor Spirit (PMS) value shortfall, the corporation spent N714.791bn within seven months, from February to August.
While there was no subsidy spent in January, NNPC spent N25.37bn in February and that figure rose by nearly three times in March to N60.396bn. The corporation then spent N61.966bn in April which more than doubled to N126.298bn in May, following a reported higher rise in the landing cost of imported petrol.

The national oil company further incurred a higher cost in petrol subsidy of N164.337bn in June but declined to N103.286bn by July; however, by August, the gain was reversed when subsidy cost rose to N173.132bn, the highest figure published so far.

The Minister of State, Petroleum Resources, Timipre Sylva, has continually reiterated that the government was committed to ensuring the total removal of subsidy from next year especially with the implementation of the Petroleum Industry Act (PIA) as Nigerians await the impact of the decision.

This expenditure on oil exploration is being made at a time when global leaders are shifting from the use of fossil fuel to renewable and clean energy. However, Sylva recently said Nigeria will gradually lead its energy transition by focusing on gas exploration towards reaching a cleaner energy goal.

More so, in the recently signed PIA, 30 per cent of oil proceeds has been pegged for oil exploration activities at the frontier basins with concerns that these activities are concentrated in the north.

However, the Governor of Nasarawa State, Engr. Abdullahi Sule, at an oil and gas union gathering last week in Abuja, clarified this misconception saying what refers to as frontier encompasses all new exploration areas including the Niger Delta, with the Benue Trough exploration reaching Calabar, the Cross River State capital. He also said it includes the Benin Basin and some undeveloped offshore areas in the South-South.

The corporation also remitted N429.284bn oil proceeds to the FAAC for seven months during the period as it skipped remittance in April.
The breakdown of the remittance shows that NNPC remitted N90.860bn in January, but that dropped to N64.161bn in February, and further depleted to N41.184bn in March 2021.

There was no remittance in April which was said to have gone for subsidizing petrol pump price per litre to keep it at the 162 to N165 price band.