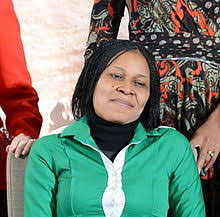 Joe Okei-Odumakin, the widow of Afenifere’s late Spokesperson, Yinka Odumakin, revealed the birth of baby twins to the family on Sunday.

In a statement headlined “Yinka Odumakin returns,” Odumakin, who is also the President of Women Arise for Change Initiative, revealed the news.

“Both the mother and the infants are in fantastic health,” she said.

The twins, a boy and a girl, were born on Wednesday, October 27 at a hospital in the United States of America, according to the widow.

It was a dream come true for Okei-Odumakin, who said that the twins arrived 18 years after her last childbirth.

“The “miracle” birth fulfilled the late Odumakin’s yearning for another baby to be named after him as he neared the conclusion of his earthly sojourn.

“Thank God I didn’t delay or procrastinate because I got in just when YO became ill and never recovered.”

“It was great news that I got pregnant,” she said, “but YO never got to hear the happy news about his dreams coming true since he didn’t make it out of the ventilator.”

Okei-Odumakin revealed that her late husband, on the other hand, left a prophecy about the name of the baby or infants if his wishes came true.

“YO was so precise in his predictions that they could be twins (and their sex),” she says, “that he gave the infants names and told his wife how he would raise them.”

While some may understand this to infer that YO had a premonition about his death, she explained that it was simply a deep desire expressed by him to have babies who would fill his “aluta” shoes.