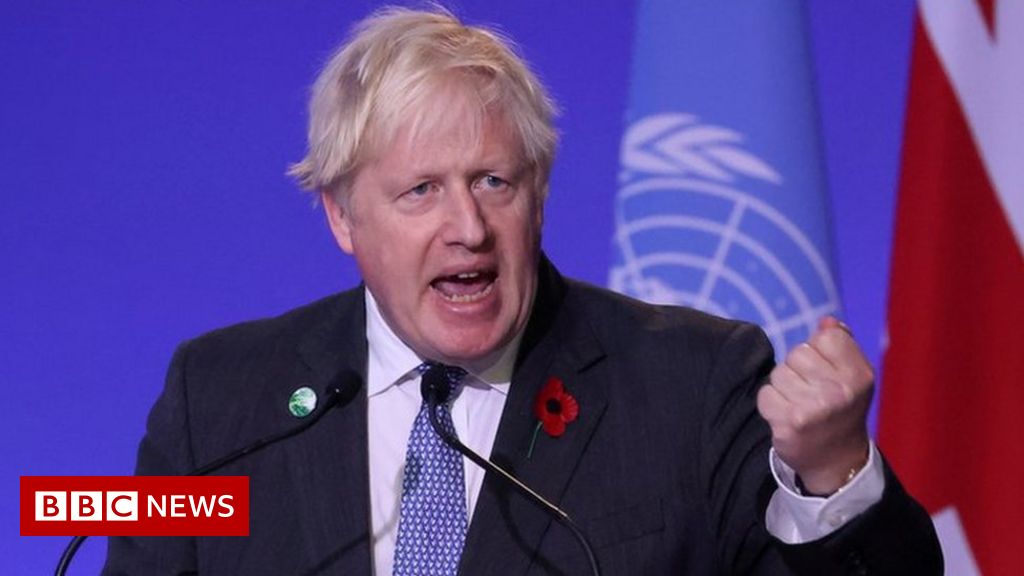 COP26: Get serious about climate change or it will be too late – Boris Johnson

Touchaheart Nigeria reports that the summit in Glasgow, according to Mr Johnson, “must mark the beginning of the end” of climate change.

He was addressing leaders from 120 countries ahead of tough negotiations.

The COP26 summit is viewed as critical if temperature rises and climate change are to be kept to a minimum.

Extreme weather events such as heatwaves, floods, and forest fires are already becoming more intense as the world warms by around 1.2 degrees Celsius since the 19th century.

When compared to pre-industrial trends, the 2015 Paris climate summit called for average temperatures to rise by no more than 1.5 degrees Celsius. However, unless more is done, the world is on track to warm by more than 2 degrees Celsius by the end of the century.

Mr Boris Johnson said time was running short on Monday after a morning spent inviting world leaders to Glasgow. “The longer we fail to act, the worse it gets and the higher the price when we are eventually forced by catastrophe to act,” he said.

“Humanity has long since run down the clock on climate change. It’s one minute to midnight on that Doomsday clock and we need to act now.”

The prime minister added: “If summits alone solve climate change then we wouldn’t have needed 25 previous COP summits to get where we are today.

“But while COP26 will not be the end of climate change it can and it must mark the beginning of the end.”

Veteran broadcaster and environmentalist Sir David Attenborough also spoke to the leaders, and was given a standing ovation by US President Joe Biden.

Alongside a dramatic soundtrack and a video showing striking images of the planet, Sir David said:

“Today, those who have done the least to cause this problem are being the hardest hit – ultimately all of us will feel the impacts, some of which are now unavoidable.”

“We are already in trouble,” he told them – but said he hoped they would be motivated by a “desperate hope” rather than fear.

“In my lifetime I’ve witnessed a terrible decline,” said the 95-year-old. “In yours, you could and should witness a wonderful recovery.” And in his speech, Prince Charles also urged the world leaders into action, saying he understood that many countries could not afford to “go green”.

Instead, he said, there needs to be a “vast military-style campaign to marshal the strength of the global private sector”, which had trillions of dollars at its disposal, he said.

World leaders arrived at the Scottish Events Campus in Glasgow for the official opening on Monday morning. Later, they will make statements setting out what their countries are already doing on climate change. The venue has officially become United Nations territory for the summit – with high levels of security to get in and patrols by armed UN officers.

Some people have criticised the amount of air travel the conference was generating, as estimates suggested hundreds of private planes had flown into Glasgow.

But Foreign Secretary Liz Truss earlier defended the decision to host world leaders in person, saying face-to-face talks were needed for “crunch negotiations” such as this.

Scotland’s First Minister Nicola Sturgeon said she understood that the air travel involved may send a “mixed message” – but agreed that more progress is made when leaders meet in person.

“Given all of the travel required to get here, it even further increases the pressure on the shoulders of world leaders to make sure it’s worth it,” she said. If climate change is to be controlled, the COP26 global climate meeting in Glasgow in November is viewed as critical. Nearly 200 countries have been requested to submit plans to reduce emissions, which could result in significant changes in our daily lives.