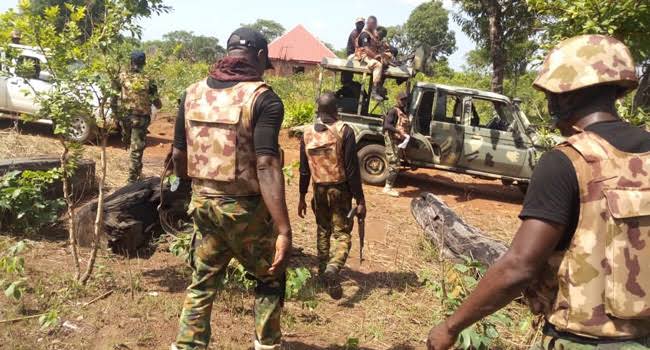 Over 37 Boko Haram Terrorists Converging For Meeting Killed By Troops

Over 37 Boko Haram Terrorists Converging For Meeting Killed By Troops

The Nigerian Army has said that troops from Operation Hadin Kai’s Joint Air and Land Components have killed more than 37 Boko Haram terrorists who were gathering for a meeting near Sambisa forest in Borno State.

Touchaheart Nigeria reports that the successful operation began when the attentive troops detected the movement of six weapons trucks within the Sambisa Forest general area.

Which were later identified at a community near Yuwe, according to Brigadier General Onyema Nwachukwu, Director Army Public Relations.

The vehicles eventually went to an isolated site, where they were joined by other terrorist groups in what appeared to be a convergence for a meeting, according to Brig. Gen. Nwachukwu.

“At the conference, more than 50 Boko Haram/ISWAP fighters were sighted.” The Air Component of the OPHK promptly launched two aircraft to execute air interdiction on the location after clearly identifying the terrorists’ hideout,” he stated.

The strikes, which were carried out under the cover of darkness, were successful and devastating, according to the Army Director of Public Relations, who noted that a battle damage assessment corroborated by local sources revealed that over 37 Boko Haram terrorists were neutralized, with several of them reportedly suffering varying degrees of injury.

In another development, Brig. Gen. Onyema Nwachukwu reported that following the air interdiction, the combat air crew discovered another group of four gun trucks around six kilometers south of Bama.

“The air crew instantly conveyed the coordinates of the Gun Trucks’ location to forces from the Land Component at Bama, who promptly bombarded the location with artillery fire, silencing the insurgents’ gun trucks.”

He claimed the joint operation’s success came as a result of forces’ attack on terrorist sanctuaries in the North East as part of Operation Hadin Kai.

“OPHK troops are unwavering in their determination to bring the militants to their knees.”