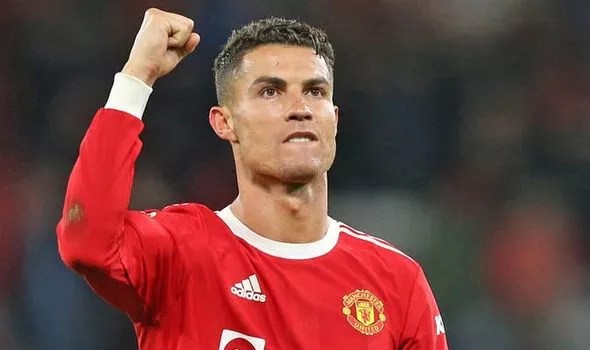 Cristiano Ronaldo thrashed Atalanta one more. The Italians took the lead against Manchester United for the second time, only for Ronaldo to level the game on two occasions, the final blow coming in second-half stoppage time.

Touchaheart Nigeria reports that the 2-2 draw earns Manchester United a point and puts them atop Group F with two games remaining. Atalanta had led 2-0 at Old Trafford two weeks prior, but the Red Devils had come back to win 3-2 in their previous meeting. Atalanta led 1-0 and 2-1 in Italy, and Ronaldo found a way to reply each time.

Then, in second-half stoppage time, he stunned the crowd at Stadio di Bergamo by slamming a first-time shot from outside the box inside the post. After a humbling 5-0 Premier League home loss to Liverpool that nearly cost manager Ole Gunnar Solskjaer his job, the Red Devils’ resurgence continues.

The Norwegian coach was given permission to continue, and he promptly switched Man United’s system to a 3-5-2, which worked flawlessly in a 3-0 Premier League road win over Tottenham Hotspur. In the first half, Manchester United switched to a 4-2-3-1 system due to an injury to the team’s top defender, Raphael Varane.

Duvan Zapata of Atalanta was one of the greatest players on the pitch, but despite being a thorn in United’s side, he couldn’t add to his goal and assist.

Man United, on the other hand, hardly posed a threat to Atalanta’s defense. The visitors required flashes of brilliance from their star forward, who hauled them back from the brink of defeat.