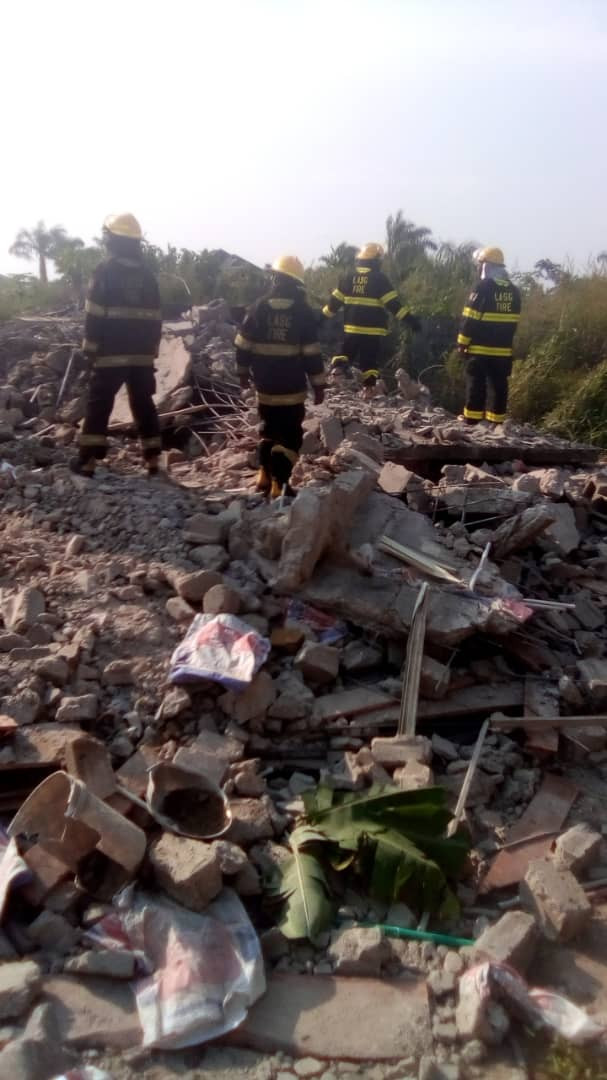 In Lagos, Five People Were Injured When A Building Under Construction Collapsed (Photo)

Touchaheart Nigeria reports that Margaret Adeseye, Director of the Lagos State Fire and Rescue Service, Badagry Station, said in a statement that strenuous attempts are still being made to rescue trapped people. The victims, who are mostly construction workers, were rescued with varied degrees of injury but are in stable condition

after being transferred to local hospitals for treatment, according to her.