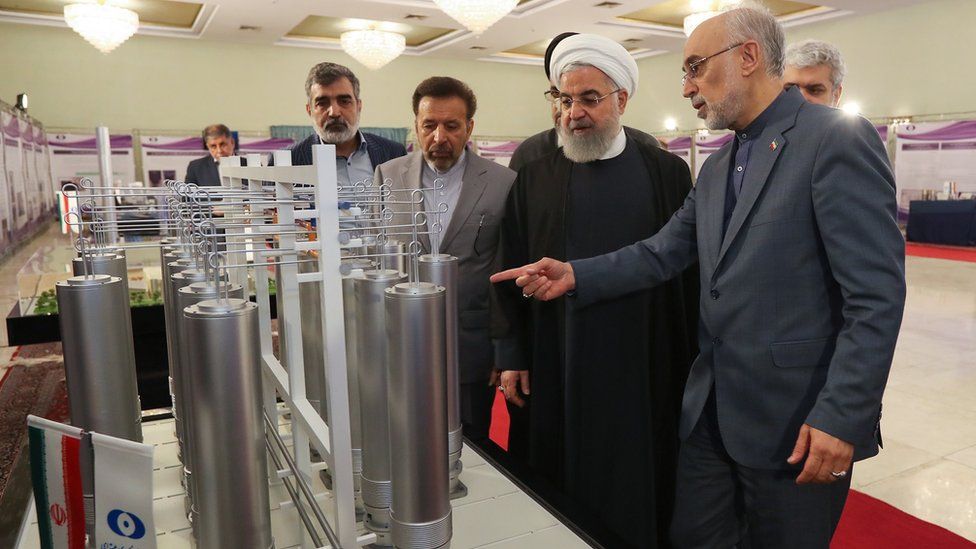 Iran has doubled its uranium stockpile, according to the UN nuclear agency

Iran has increased its stockpiles of enriched uranium, according to the United Nations’ nuclear watchdog, the International Atomic Energy Agency (IAEA), just days before scheduled talks in Vienna to revive Iran’s 2015 nuclear deal.

The IAEA updated estimates of Iran’s uranium stockpile in a report cited by multiple media sites on Wednesday, November 17.

Touchaheart Nigeria reports that Iran’s stockpile of highly enriched uranium is estimated to be 2,489.7 kilogrammes (4,488.8 pounds) by the agency, which is several times higher than the cap established in the Joint Comprehensive Plan of Action (JCPOA), the official name of the nuclear deal.

Months after Raisi’s administration was founded, the director of the world nuclear watchdog said he finds it “astonishing”

that he has yet to meet and discuss many outstanding disagreements with top Iranian officials.

The most pressing concern appeared to be operations at a centrifuge parts manufacturing plant in Karaj, which has been unmonitored by the IAEA since June, when Iran claimed that an Israeli sabotage attack severely destroyed the facility, including IAEA cameras.

Later in September, however, the two parties (Iran and the IAEA) clashed when Iran declared its security forces were still inspecting the Karaj site and that no one could access it.

After Iran claimed it was looking into the possibilities, the IAEA stated in a separate report on Wednesday that it “categorically” rejected that its cameras were used to mount the attack on the Karaj site.

The discussions are expected to be difficult because Raisi’s administration has stated that Iran wants all US sanctions lifted, including those with “terrorist” or “human rights” designations, as well as a promise that the US will not abandon the deal again.

Meanwhile, the United States has stated that it will only eliminate sanctions that are “inconsistent” with the Joint Comprehensive Plan of Action (JCPOA), as the agreement is officially known.