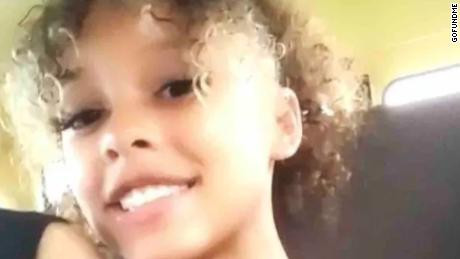 After reportedly shooting and killing his 14-year-old sister with one of his own handmade handguns, a 13-year-old boy who was producing and selling “ghost guns” was arrested.

Touchaheart Nigeria reports that two persons came to the family’s house in Douglasville, Georgia, about 20 miles west of Atlanta, on November 27 to buy a pistol that the 13-year-old constructed, according to the Douglas County Sheriff’s Office.

Instead of purchasing the pistol, the couple grabbed it from the 13-year-old and fled the scene, according to the sheriff. According to Pounds, the child then shot at them as they were leaving, but instead hit his 14-year-old sister, Kyra Scott, who was identified by the sheriff’s office. Investigators suspect he utilized a weapon he had built himself.

People in the home attempted to transfer Kyra to the hospital, but were met by EMTs and sheriff’s deputies at a petrol station, according to the sheriff’s office’s news release. Kyra was rushed to the hospital, where her injuries were judged to be fatal.

“It’s so sad … because the mother’s losing two kids at one time,” Pounds said, telling reporters the boy had been making weapons from “start to finish.”

According to Pounds, investigators are still looking for the third person involved in the incident, which is currently under investigation.

In several US locations, the usage of ghost guns – self-assembled firearms that are commonly constructed with parts purchased online and do not have serial numbers – is on the rise.

Authorities did not say how Kyra Scott’s brother created the improvised firearms or how long he had been selling them for.

The case is still ongoing.