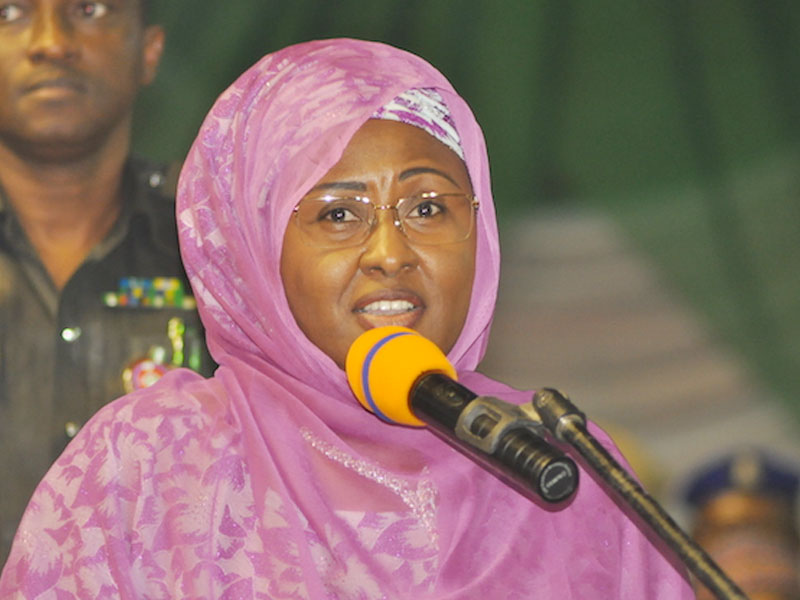 The First Lady, Mrs Aisha Buhari has called for more proactiveness and commitment from the military, ministries and Departments in tackling Gender-based violence (GBV) against women in the country.

Speaking at the 2nd Annual Security Sector Forum on Women in the Security Sector of Nigeria in Abuja, Mrs Buhari said there is need for stakeholders to work together to strengthen women’s voices and bring about goals set in the United Nations Resolution 1325.

In her address, Women Affairs Minister, Dame Paulen Tallen stated that the conference was organized by the Federal Ministry of Women Affairs, Defence Headquarters and supported by UN Women and the British Military Advisory Training Team (BMATT). The 2021 theme was holding on the wings of the 16 Days of Activism Against Gender-Based Violence.

According to the minister, the theme which is “Mainstreaming Gender in National Early Warning Systems and Security Challenge,”

seeks to build on the global momentum around the United Nations Security Council Resolution (UNSCR) 1325 on Women, Peace and Security Agenda and similar Conventions championed by the United Nations, African Union, ECOWAS Commission and the Federal Government of Nigeria, as well as the success recorded since the hosting of the first edition in November 2020.

She said, “The uniqueness of this Conference is that it helps to consolidate the current civil-military relationships crucial to the realization of the peace and security of this country.
“Today, it is all about the Women in the Security Sector to share their life experiences and contribute to a participatory process in advancing gender balance. It also spotlights the men who have supported them to climb the peak of their careers.