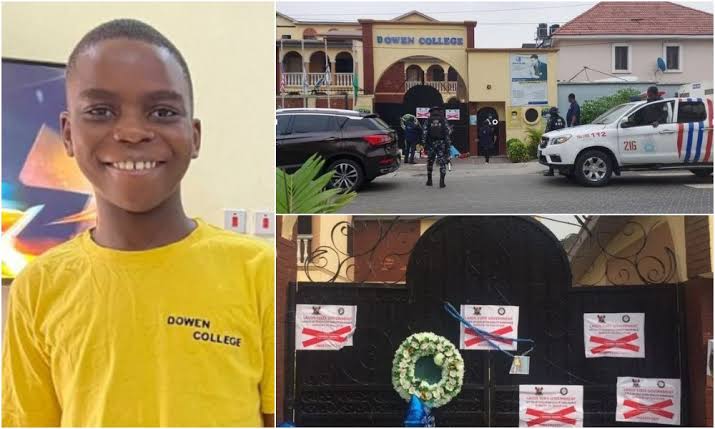 No Arrests Have Been Made Yet At Dowen College- Police

The death of Sylvester Oromoni, a 12-year-old pupil at Dowen College in Lekki, Lagos, has eluded the Lagos State Police Command.

Touchaheart Nigeria reports that today, December 6, a formal letter of invitation will be submitted to the school administration.

CSP Adekunle Ajisebutu, the state police command’s spokeswoman, told the Daily Sun that no arrests had been made.

“For now, and to the best of my knowledge, no arrest has been made, but investigation is ongoing.”

Ajisebutu said the command has initiated an investigation into the death of Sylvester Oromoni in a statement released on Saturday.

Despite the fact that the case had not been officially reported to the Force, he stated they had begun an investigation.