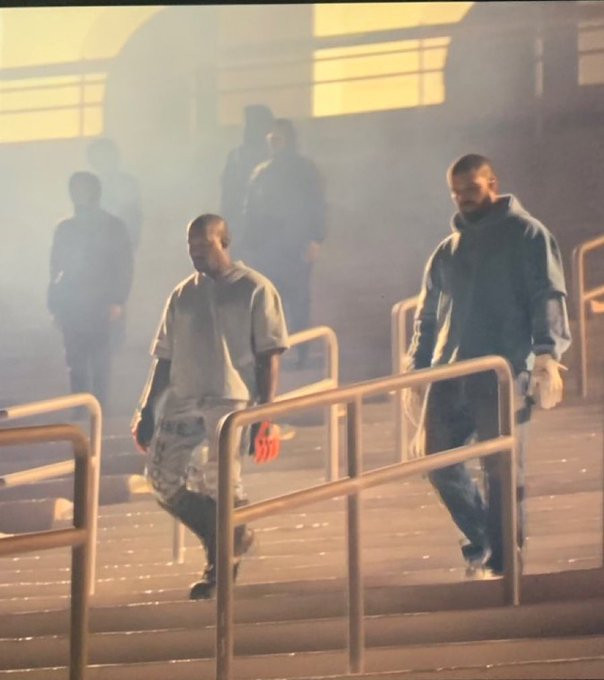 Kanye West and Drake, two of the biggest names in music, teamed up on stage on Thursday, December 9 to perform each other’s hit songs.

Touchaheart Nigeria reports that because of their long-running dispute, fans were surprised to see Kanye West and Drake on stage together, but they put their differences aside to participate in a performance for convicted felon Larry Hoover, who has been in prison for five decades for gang-related crimes.

Larry Hoover, 71, is imprisoned in one of America’s most guarded institutions, and Kanye has dedicated a song called “Jesus is Lord” to him, in which he also features his son, Larry Hoover Jr.

According to the organizers, Ye’s event at the Los Angeles Memorial Coliseum was his first headline performance in five years.

He performed various of Drake’s hits Find Your Love which he produced while Drake performed Kanye’s 24 and some other songs.

Court documents from July say Larry Hoover was one of the leaders of a Chicago gang called Gangster Disciples between 1970 and 1995.

Under Hoover’s direction, the gang sold “great quantities of cocaine, heroin, and other drugs in Chicago”.

He was sentenced to 150-200 years in prison in 1973 after being convicted of ordering the murder of a 19-year-old neighborhood drug dealer.

After being found guilty of federal narcotics conspiracy, extortion, and continuing to operate in a criminal organization, he was sentenced to six life sentences in 1997.

Ye, a Chicago native, has long supported Larry Hoover and has been working to get him out of prison.

Below are videos of Kanye West and Drake performing.