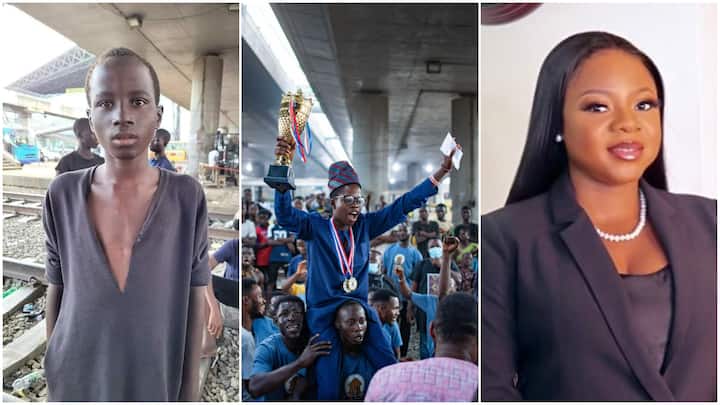 More luck has smiled on the teen bus conductor, Adeoye Fawaz, who won a chess championship organized by the Chess in the Slum initiative. Days ago, the boy who lives under Oshodi bridge was celebrated after he was declared a winner. His friends and family in the hood carried him shoulder-high as he held his trophy.

A Kind Woman To The Rescue

Following that triumph, a Nigerian woman, Adebola Olubamiji, sent the sum of N200,000 to the young boy to add to whatever sum he must have won.

In addition to that, the kind Nigerian also promised to get accommodation for him and take him away from the street. Adebola said that her husband was also a chess champion who came from Mushin to later represent the country at international competitions. Chess

gave him scholarships to further his education.

Below are some of the reactions to the kindness:

@CwendeeA said: “This is lovely. God bless you ma’am.”

@ErinleIyabo said: “Congratulations to him and May God bless his helpers. May his mum soul continue to Rest In Peace.”

@AdesholaOluyori said: “So happy for him.”

@odii_chet said: “Man! I hope a family is willing to give him a home and not just an accommodation. The sense of belonging he is experiencing now has to be sustained. God bless you all for this much love.”