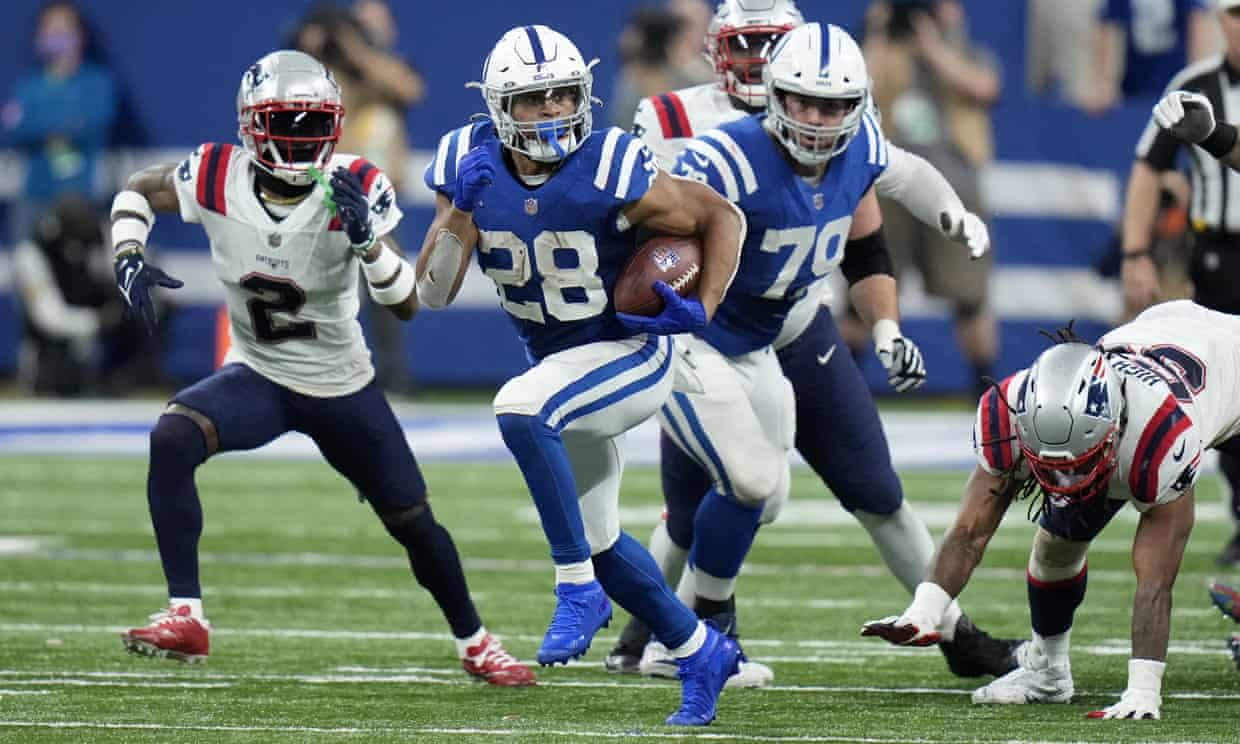 Colts dominate Patriots in first half with explosive plays

The Indianapolis Colts got off to a hot start in the first half against the New England Patriots.

The Indianapolis Colts were pretty candid about how significant of a contest this is versus the New England Patriots leading up to Saturday’s game. Throughout the week, every comment and practice had a distinct spirit, a driven one.

That’s how the Colts started the first half against the Patriots, fired up. So far, every unit for Indianapolis has been on point, and it leads 17-0 at halftime over a club on a seven-game winning streak.

Colts running back Jonathan Taylor (28) runs for a 67-yard touchdown during the second half of Saturday’s game against the Patriots in Indianapolis. Photograph: AJ Mast/AP

Indy opened the game with three straight passes and failed to get a first down, much to the chagrin of many supporters, but that was the only bad sequence of the first half.

The Colts defense has been flying about, forcing a first-half shutout, the offense has established the run game, and the special teams unit has supplied the game’s biggest play.

Colts Off To A Fast Start Against Patriots

Indianapolis’ strong start was fantastic, but it might have been much better. Indy had a few squandered opportunities at halftime that may have increased their advantage.

The defense had a number of chances to record strip-sacks against Mac Jones, while the offense had to settle for a field goal inside the 10-yard line after Carson Wentz barely overthrew an open Michael Pittman Jr.

The Patriots were on the verge of reducing the deficit in half due to these lost opportunities, but Darius Leonard and the defense did what they’ve done all season: they took the ball away.

Leonard deceived the rookie quarterback, intercepted a ball, and then delivered a vicious stiff arm as New England drove down the field.

This game is far from done, despite how good the first half has been. The Patriots aren’t going to take it easy, so Indianapolis needs to play with the same effort in the second half to win.

The Colts will put the NFL on notice and be regarded as one of the most dangerous teams as the playoffs approach if they can complete this game.