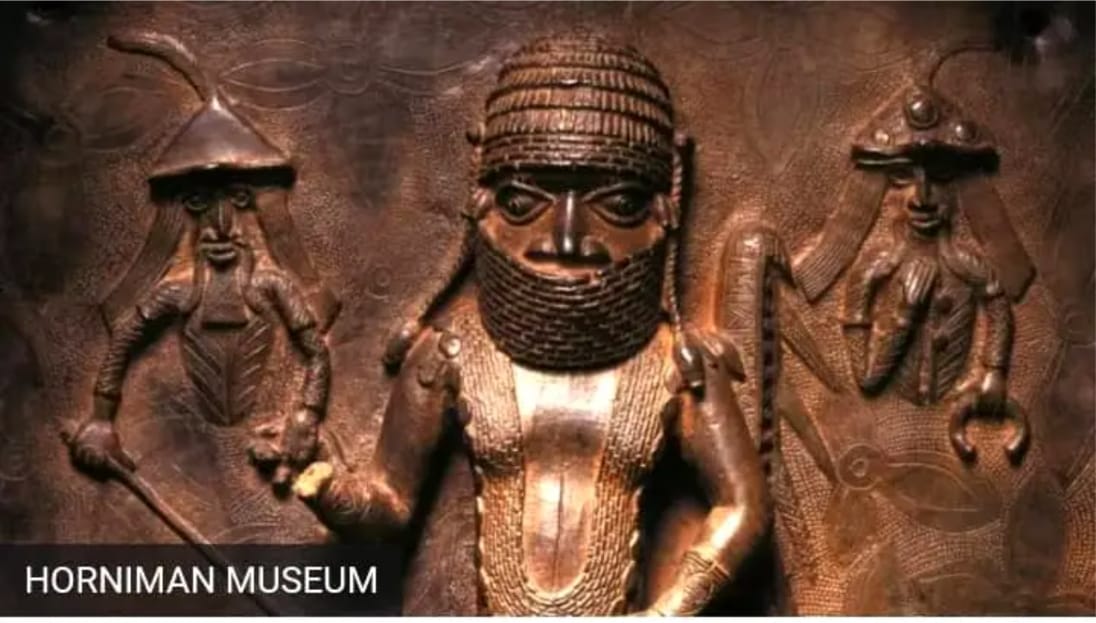 Oba of Benin’s palace key and other artifacts to be returned by UK Museum.

The museum, located in south-east London, said returning the artifacts is “moral and appropriate” after consulting with locals, visitors, schoolchildren, academics, heritage specialists, and artists from Nigeria and the UK.

“All of their views on the future of the Benin objects were considered, alongside the provenance of the objects,” the museum explained.

Political pressure on European governments and institutions to return plundered artifacts has grown in recent years.

These include metal sculptures called the Benin Bronzes and carvings made of ivory.

Eve Salomon, chair of the museum, said: “The evidence is very clear that these objects were acquired through force, and external consultation supported our view that it is both moral and appropriate to return their ownership to Nigeria.

“The Horniman is pleased to be able to take this step and we look forward to working with the NCMM to secure longer-term care for these precious artifacts.”

The pieces from the Horniman collection are just a handful of the artifacts that museums in developed nations have recently sent back to Nigeria.

A cockerel sculpture and an oba’s head were returned to Aberdeen University and Jesus College in Cambridge last month (king).

More than 1,100 artifacts were also returned to Nigeria by the German authorities. According to NCMM, some of the priceless sculptures will be kept in the expanded national museum in Benin and others will be kept at the museum in Lagos.