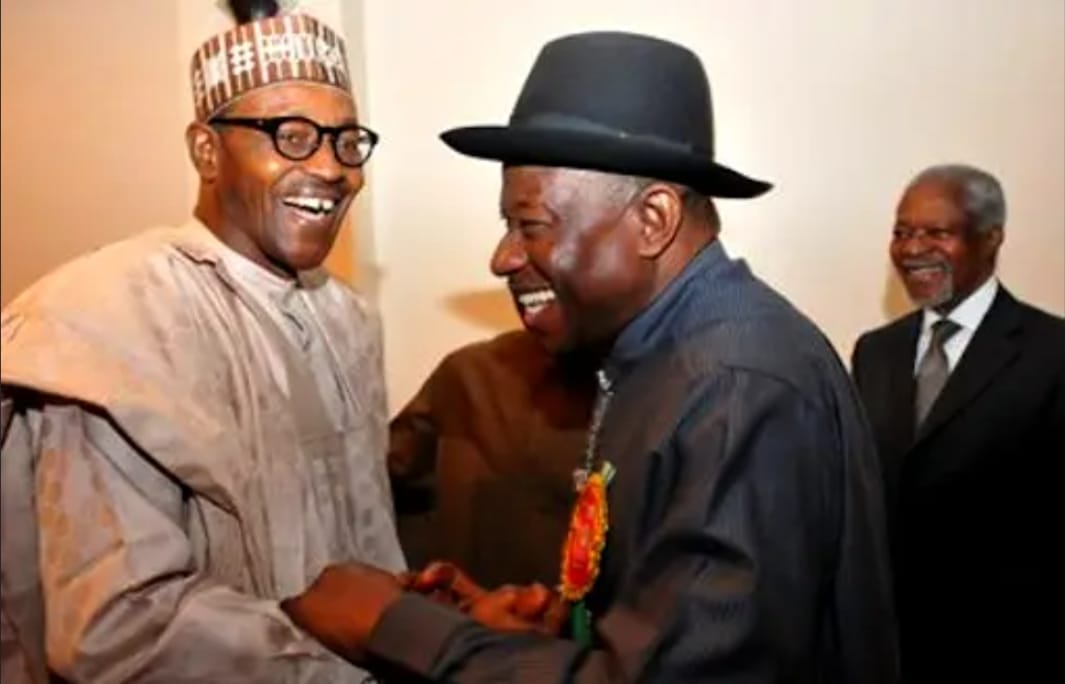 President Muhammadu Buhari hails Ex-president Dr. Goodluck Jonathan as he would turn 65 on the 20th of November 2022

The President highlighted the former president’s unique position in the growth and development of the country in a message of congratulations delivered on Saturday in Abuja by his spokesperson, Mr. Femi Adesina.

He praised Jonathan for forgoing personal ambition for the benefit of the nation and for succeeding in establishing himself as a man of peace by spreading his legacy of amity and truce over many different nations.

President Buhari joined the family in honoring the former president’s achievement of yet another life milestone, especially his wife Patience and mother Eunice.

He claims that Jonathan’s kindness, loyalty, and humility have opened up new chances for him to serve humanity and have paved the way for him to make investments in people, organizations, and countries.

So he prayed for Jonathan’s safety and the safety of his family.