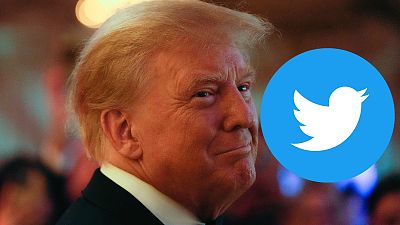 After the attack on the Capitol on January 6, 2021, Twitter banned the account. On Friday, November 18, Elon Musk, the company’s new CEO, asked Twitter users if they thought Trump should be allowed back on the platform.

“The people have spoken. Trump will be reinstated,” Musk tweeted Saturday night. “Vox Populi, Vox Dei,” Latin for “the voice of the people is the voice of God.”

On Saturday night, the final poll results showed 51.8% in favor and 48.2% opposed. 15 million people participated in the poll.

The former president will soon return to the social media platform where he was once its most prominent and divisive user thanks to Elon Musk’s eagerly awaited decision.

Trump’s tweets, which he sent to his nearly 90 million followers, influenced the markets and the news cycle.

After his account was suspended, Trump lost all of his followers, but hours later, millions of Twitter users were still following him. His followers currently number 9.3 million and are still growing.

Trump had appeared less than keen earlier in the day and said he would remain on his platform, Truth Social, instead of rejoining Twitter,

“I don’t see any reason for it,” the former president said via video when asked whether he planned to return to Twitter by a panel at the Republican Jewish Coalition’s annual leadership meeting.

A shift in strategy, however, may have significant political ramifications given that he just declared his intention to run for the Republican presidential nomination in 2024 with the goal of being just the second president to be elected to two non-consecutive terms.

When questioned on Saturday about Musk’s acquisition of Twitter and his own future on the service, Trump applauded Musk but expressed doubt that the website would survive its current issues.

“They have a lot of problems,” Trump said in Las Vegas at the Republican Jewish Coalition meeting. “You see what’s going on. It may make it, it may not make it.”

Still, Trump said he liked Musk and “liked that he bought (Twitter.)”

“He’s a character and I tend to like characters,” the former president said of Musk. “But he’s smart.”