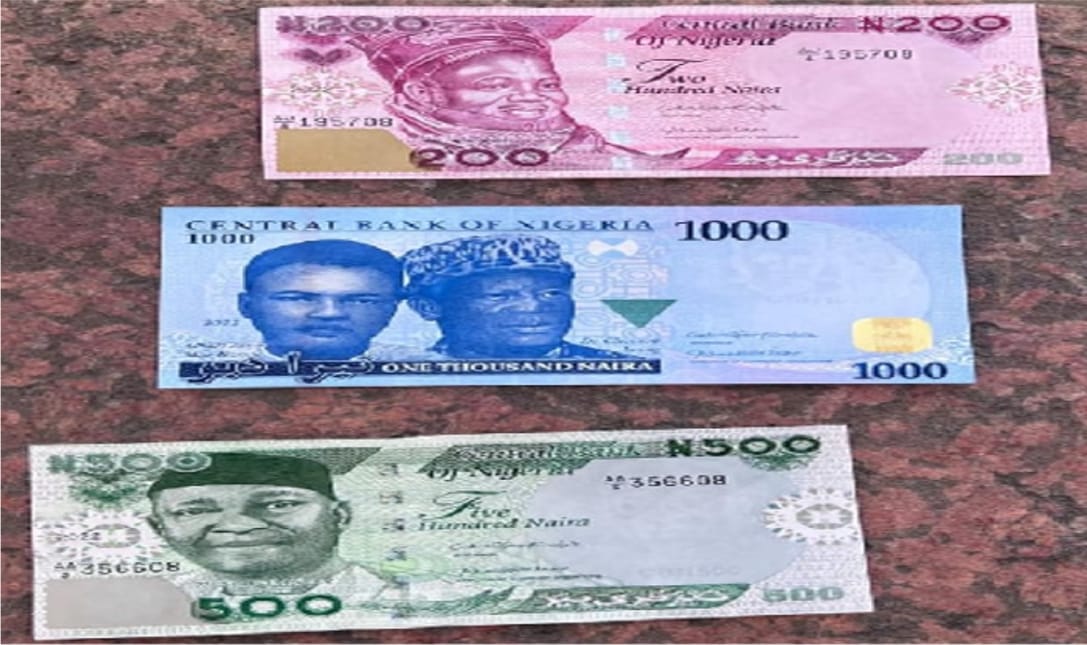 Governor of Central Bank of Nigeria, Godwin Emefiele has stated that the bank will cooperate with law enforcement organizations like the Independent Corrupt Practices and Other Related Offences Commission and the Economic and Financial Crimes Commission to complicate and track large withdrawals very difficult.

On Wednesday, following the unveiling of the new Naira banknotes in Abuja, he made this statement while briefing the media.

At the briefing, Emefiele stated that there would be a significant reduction in the amount of cash that can be taken out of the counter and that bulk withdrawals would require several steps and security checks to track use.

He said this would ensure a steady transition into a cashless economy.

“There is no economy imbued with the thinking that it has to be a cash economy; the world has moved from predominantly cash to a cashless economy. And I think Nigeria and the Central Bank of Nigeria are prepared to move towards a cashless economy. And that is why following the redesign and issuance of this note, we will insist that cashless will be nationwide.

“We will restrict the volume of cash that people can withdraw over the counter. If you need to draw large volumes of cash, you will fill out uncountable forms; we will take your data, whether it’s your BVN or NIN so that our law enforcement agencies like EFCC and ICPC can follow you and be sure that you are taking that money for a good purpose.”

Along with the newly designed notes, he added, this action would ensure that the apex bank has adequate control over the amount of money in circulation.

The CBN Governor added that no one is specifically targeted by the new action while pointing out that previous attempts to redesign naira notes met with resistance.

“It is mainly because the central bank should be able to control the size of currency in circulation fully. That is the actual mandate of the Central Bank of Nigeria because it has implications for monetary policy management in the country.

“There is no need for anybody to think this program is targeted at anyone. Like you heard the President, he said, this discussion to redesign and reissue currency started early in the year.”

The naira notes are ready for a change, according to the President, Major General Muhammadu Buhari (ret. ), as the present tender has been in use for almost 20 years.

This was in line with his claim that the recently revised notes have special security features that make them challenging to forge.

This was said by Buhari when he unveiled the new Naira banknotes in the State House’s council chamber in Abuja, just before the start of this week’s Federal Executive Council meeting.

In a statement released by Buhari’s special adviser on media and publicity, Femi Adesina, Buhari also expressed his happiness that the locally made Nigerian Security Printing and Minting PLC produced the redesigned banknotes.

Speaking at the launch of the new banknotes, the President noted that international best practice requires central banks and national authorities to issue new or redesigned currency notes every five to eight years.

He lamented that it is almost 20 years since the last major redesign of the country’s local currency was done.

‘‘This implies that the Naira is long overdue to wear a new look.

“A cycle of banknote redesign is generally aimed at achieving specific objectives, including but not limited to: improving the security of banknotes, mitigating counterfeiting, preserving the collective national heritage, controlling currency in circulation, and reducing the overall cost of currency management,” he said.

He added that “the new Naira banknotes have been fortified with security features that make them difficult to counterfeit.’’

Explaining why he approved the redesign, the President said there is an urgent need to control the amount of currency in circulation.