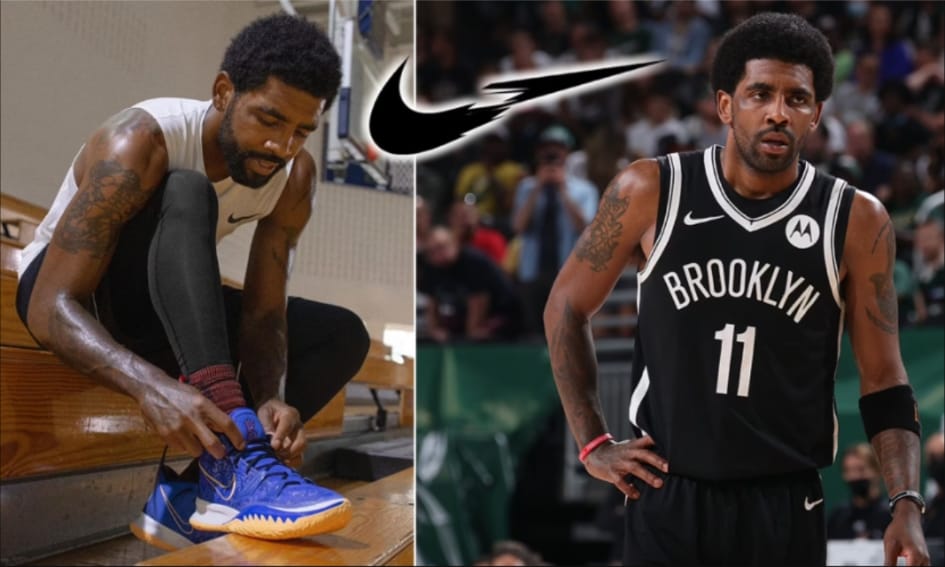 Kyrie Irving, a player for the Brooklyn Nets, and the sportswear behemoth Nike have called it quits.

One month after Nike ceased working with Irving as a result of the player’s anti-Semitism controversy, the two parties have broken off their relationship, according to Shams Charania.

After posting a link to the Amazon website for the 2018 movie “Hebrews to Negroes: Wake Up Black America,” which featured anti-Semitic stereotypes, Irving received criticism and anger.

In a statement, the company said it was ‘deeply saddened and disappointed by the situation’.

Additionally, the firm announced that it would not produce the Kyrie 8s, a sneaker created by the player and company and scheduled for release later in November.

Irving signed a contract with Nike in 2011, and since 2014, he has had a line of shoes designed in his likeness. His yearly endorsement deal is thought to be worth at least $11 million.

Irving, who is currently a sneaker-free agent, owns one of the most well-known trademark shoes in the NBA.

Although Nike suspended their affiliation, he has kept wearing their sneakers ever since returning to the court.

Phil Knight, the chairman and co-founder of Nike, had said shortly after the partnership’s suspension that the two parties’ relationship was “likely over.”

Irving had also been suspended by the Nets after he initially failed to apologize for the controversial tweet.

Irving was suspended by the team on November 3 for a minimum of five games, hours after he refused to say he had no anti-Semitic beliefs when meeting with reporters at the Nets’ practice facility.

He offered a belated apology following his suspension, but only after several contentious exchanges with the media. In one instance, he told reporters: ‘I’m not going to stand down on anything I believe in.’

After being suspended for eight games, Irving apologized once more to anyone who felt threatened or harmed on November 20 when he posted the link to the anti-Semitic documentary, paving the way for him to return to the court for the Nets.

In this article:Kyrie Irving, NIKE